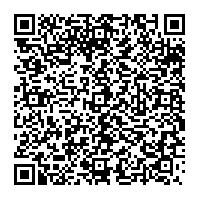 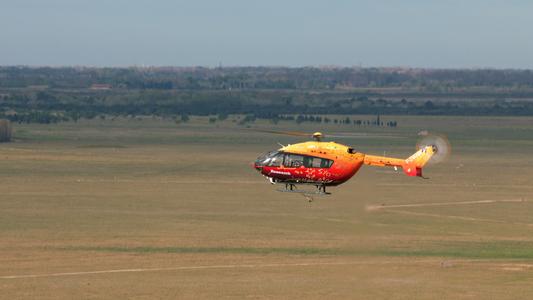 (PresseBox) ( Istres, France, 13-04-25 )
Eurocopter's ability to integrate unmanned flight capabilities into its helicopter family has been validated by an optionally piloted vehicle (OPV) demonstration program, which used an EC145 to fly routes that included deployment of an external sling load and a representative observation mission.

Conducted at the French Air Force base in Istres, France, this program was revealed today with an unmanned demonstration, which followed similar flights performed earlier in April.

With this capability fully validated, Eurocopter is now positioned to pursue OPV flight capabilities for its product line of light, medium and heavy-lift helicopters - enabling these rotorcraft to be flown by pilots or in an unmanned mode.

Today's unmanned demonstration - along with the previous flights- used a four-dimensional flight plan that was uploaded to the helicopter, with its starting and completion points situated on the Istres Air Force Base's Runway 15/33. After an automatic takeoff, the EC145 flew the circuit via multiple pre-programmed waypoints, during which the helicopter performed a mid-route hover to deploy a load from the external sling. The EC145 continued on a return route segment representing a typical observation mission, followed by an automatic landing.

For delivery of the external load, the helicopter entered a planned hover - enabling the ground station controller to provide flight control inputs in orienting the EC145 over the drop point. The ground controller then transmitted a command to release load once the helicopter and load were correctly positioned.

The OPV flight capability was developed in an internally-funded Eurocopter program, and was coordinated by a team at the company's Donauwörth, Germany facility. Initial tests with a monitoring pilot aboard the EC145 were flown from Donauwörth and then at Istres.

The EC145 demonstrator is a Eurocopter testbed helicopter with an enhanced dual-duplex four-axis automatic flight control system (AFCS) and the latest navigation systems. In addition, the helicopter is fitted with the "plug-in" OPV avionics rack in its cabin behind the pilot seats, which contains the data link subsystems.

Visibility during the EC145's unmanned flights was provided to the ground station via onboard cameras. They were complemented by an external gimbaled camera on the helicopter for infrared and daylight mission imaging.

Eurocopter's OPV system was configured to enable uploading of the four-dimensional flight plans to the helicopter via data link from the ground station. The system included an automatic hover-to-land capability in case of major system degradation.

Established in 1992, the Franco-German-Spanish Eurocopter Group is a division of EADS, a world leader in aerospace and defense-related services. The Eurocopter Group employs approximately 22,000 people. In 2012, Eurocopter confirmed its position as the world's No. 1 helicopter manufacturer with a turnover of 6.3 billion Euros, orders for 469 new helicopters and a 38 percent market share in the civil and parapublic sectors. Overall, the Group's helicopters account for 33 percent of the worldwide civil and parapublic fleet. Eurocopter's strong international presence is ensured by its subsidiaries and participations in 21 countries.

Eurocopter's worldwide network of service centers, training facilities, distributors and certified agents supports more than 2,900 customers. There are currently more than 11,780 Eurocopter helicopters in service in 148 countries. Eurocopter offers the most comprehensive civil and military helicopter range in the world and is fully committed to safety as the most important aspect of its business