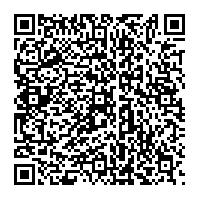 (PresseBox) ( Las Vegas, Nevada, 13-03-11 )
New orders and commitments for Eurocopter's helicopter family, along with an unveiling of the latest evolution in its product line, marked the company's highly successful participation at Heli-Expo 2013 - the rotorcraft industry's largest international gathering, held this month in Las Vegas, Nevada.

The bookings covered products ranging from Eurocopter's light single-engine AS350 helicopter to the 11-ton-category EC225 helicopter. Among trends reflected by this new business are the continued strength in heliborne transportation for the oil and gas industry, sustained demand in the emergency medical services marketplace, and a further emergence of the helicopter leasing sector.

"The Heli-Expo show once again demonstrated Eurocopter's commitment to leadership through innovation, product development and a dedication to meeting the needs of its customers," said Eurocopter President & CEO Lutz Bertling. "The atmosphere at this year's event continued to be one of optimism as the industry sustained its recovery, and Eurocopter is well positioned to answer the increased demand for modern, capable helicopters."

Eurocopter orders announced at Heli-Expo were paced by Milestone Aviation Group's booking for 14 heavy-lift EC225s and five medium-weight EC175s - bringing this helicopter leasing company's overall Eurocopter order backlog to a value of nearly $1 billion. The EC225s and EC175s for Milestone will be configured to the requirements of its operating partners in applications such as crew change missions to offshore oil and gas platforms, as well as search and rescue.

Bristow Group signed an agreement covering up to 12 EC175s for transportation services in the offshore energy industry, marking another major endorsement for Eurocopter's next-generation medium-sized helicopter. The first series production EC175 was exhibited in Bristow's colors at Heli-Expo, where it made a stopover on its U.S. demonstration tour.

Orders for other members of Eurocopter's EC135 family announced at Heli-Expo involved an agreement with emergency medical services (EMS) provider Midwest Medical Transport for an evolved EC135 P2e version; the order from Med-Trans Corporation for an EC135 in the EMS configuration; as well as one EC135 for Phoenix Heli-flight to be used in emergency medical services, search and rescue, and environmental management. Completing these bookings were an EC135 T2e evolved version acquired by The Washington Companies for corporate transport, along with an EC135 for Apoyo Logístico Aéreo to be deployed in flights to off-shore oil and gas platforms in the Gulf of Mexico.

For the EC145, transactions announced at Heli-Expo were Avincis Group's agreement for 10 EC145 T2 rotorcraft - the latest member of Eurocopter's 4-ton-category twin-engine helicopter - to be deployed in emergency medical services work; a memorandum of understanding from Phoenix Heli-Flight for an EC145 T2 to be used in emergency response as well as oil and gas missions; and Memorial MedFlight's order for one EC145.

Fox Aviation ordered one EC130 T2 from Eurocopter's light single-engine helicopter family for private operation; Hospital Wing (Memphis Medical Center Air Ambulance Service) purchased an EC130 B4 for medical airlift; and Peak Aviation acquired an EC130 T2 as platform for movie production, photo sessions and in the utilization of infrared equipment. Also in the light single-engine product range, the transactions at Heli-Expo involved two AS350 B2s for utility missions with Phoenix Heli-Flight; while Universal Helicopters acquired one AS350 B3e to support its missions in Newfoundland and Labrador for mineral exploration, environmental, construction, arctic operations, forest fire suppression and passenger transport.

In other Heli-Expo news, it was announced that Peruvian operator Servicios Aéreos de Los Andes will operate two modernized Super Puma AS332L helicopters through a lease and support contract with Vector Financial Services, a subsidiary of Eurocopter's Vector Aerospace Corporation affiliate. Additionally, Eurocopter approved the Vector Aerospace Helicopter Services-North America operation as an authorized service center for the AS332 family.

Established in 1992, the Franco-German-Spanish Eurocopter Group is a division of EADS, a world leader in aerospace and defense-related services. The Eurocopter Group employs approximately 22,000 people. In 2012, Eurocopter confirmed its position as the world's No. 1 helicopter manufacturer with a turnover of 6.3 billion Euros, orders for 469 new helicopters and a 38 percent market share in the civil and parapublic sectors. Overall, the Group's helicopters account for 33 percent of the worldwide civil and parapublic fleet. Eurocopter's strong international presence is ensured by its subsidiaries and participations in 21 countries.

Eurocopter’s worldwide network of service centers, training facilities, distributors and certified agents supports more than 2,900 customers. There are currently more than 11,780 Eurocopter helicopters in service in 148 countries. Eurocopter offers the most comprehensive civil and military helicopter range in the world and is fully committed to safety as the most important aspect of its business.