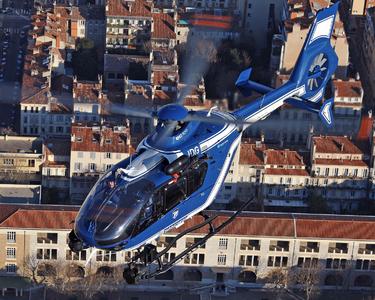 (PresseBox) ( Le Bourget, France, 11-06-23 )
Eurocopter is to deliver three additional EC135 helicopters to the French Gendarmerie, and will continue its support services for this police force's current 12 EC135s through an extension of the company's existing contract.

This new acquisition agreement - organized through the French DGA armament procurement agency - will provide an incremental expansion of the Gendarmerie's multi-role, twin-engine EC135 fleet, which is used for police and medical evacuation missions.

As Daniel Leimbacher, Chief of French "Groupement Central des Forces Aériennes de la Gendarmerie" said, « the capability to transmit images of the ground observed from the EC 135 is of paramount interest, as recently shown during the G8 summit, during which 4 EC 135 have logged more than 100 flying hours to protect the area".

The EC135s ordered to date for the Gendarmerie are to strengthen its rotary-wing inventory, and eventually will replace the police force's single-engine Ecureuil helicopters, which have been operated since 1980.

Eurocopter's EC135 is a lightweight, twin-engine multi-mission helicopter that has become the rotary-wing aircraft of choice for emergency medical service and police missions. Designed with a high-set Fenestron tail rotor, the EC145 meets the most demanding European regulation for air ambulance operations in terms of safety.