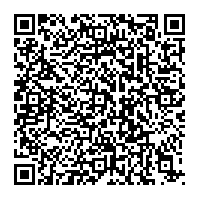 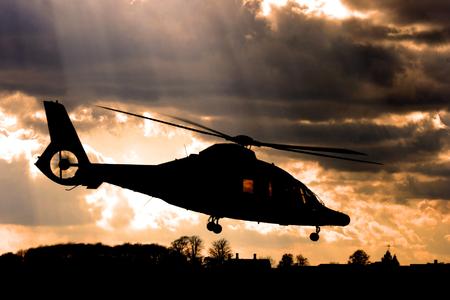 (PresseBox) ( Farnborough, 10-07-16 )
The presence of Eurocopter at this year's Farnborough International Airshow will emphasize the company's strong position in the UK marketplace, where its helicopters constitute the largest rotarywing aircraft fleet in the country.

Eurocopter and its Eurocopter UK Ltd. subsidiary are represented on the Farnborough exhibit stand of parent company EADS (Booth G12, Hall 4), where an EC135 for the West Midlands Police is to be officially handed over to the customer on July 19.

Today, Eurocopter products are vital for the functioning of the United Kingdom, with 450 helicopters in operation with over 130 customers. They represent 70% of the country's emergency medical service (EMS) fleet, 75% of the police and law enforcement helicopter inventory, and approximately 80% of the offshore oil and gas fleet. Furthermore, they are widely used for pipeline and power line control, as well as for lighthouse maintenance and other important utility missions. Eurocopter's EC135 was the first helicopter used to establish offshore wind farm support in the country. Additionally, 100 Eurocopter helicopters provide significant transport and training capability to the UK military forces.

With its modern product line, Eurocopter has responded to the increasing security requirements of the British Isles and elsewhere by adapting its light twinengine helicopter family to meet the requirements of homeland security and emergency medical services operators. In the UK and Ireland, twinengine Eurocopter models have been used for police air support and EMS operations during the past 30 years - beginning with the BO105, AS355 and BK117, and followed by the EC135 and the EC145 since the mid 1990s.

"With the largest overall helicopter fleet in the British Isles - delivering a vital contribution to the UK nation and its citizens each day - we are committed to serving our customers locally, and thus have expanded our onshore capabilities significantly in the past few years," said Markus Steinke, the Managing Director of Eurocopter UK. "In addition, we have begun to export madeinthe-UK Eurocopter solutions to the rest of the world, and further investments will increase our local presence even more."

Since 2008, Eurocopter UK's Oxford headquarters has been grown by 25,000 square feet of industrial surface. As a key element of the Eurocopter Group's logistical, industrial and technical supply chain, the Oxford base has expanded into pilot training with the opening of a Type Rating Training Organization for the EC120, AS350, EC130, AS355 N, EC135, EC145 and EC155, with CAA airworthiness certification granted one year ago.

The logistical services offered at Oxford are further refined with paperless spares ordering and individual customer performance reviews, as well as onsite support at RAF Benson. In addition, its MRO services have now separated maintenance flows for private/corporate customers and police/utility customers, guaranteeing quick turnaround times and dedicated expertise for the approximately 60 helicopters returning to Eurocopter UK regularly for maintenance, as well as for any other adhoc customer.

Based on its renowned design and customization capability accumulated over more than 30 years of experience, Eurocopter UK has become a Eurocopter Design/Completion & Retrofit Centre - creating solutions for all kinds of missions ranging from VIP, police, fire fighting, EMS and utility to military applications. To date, individual customizations and retrofits have been delivered to customers in 23 countries including in the Americas, the Middle East, Japan, China, South Africa, Norway, Italy, Spain and Poland.

Through its fullyowned subsidiary, Eurocopter UK Ltd., headquartered in Oxford and with additional bases in Dublin (Ireland), Belfast (Northern Ireland), Hawarden (Wales) and Aberdeen (Scotland), Eurocopter has a strong industrial footprint in the UK and enjoys a reputation for innovation, high quality and a strong customer service ethos. Having achieved in an exemplary performance in the customization, distribution and support of Eurocopter products for civil and public service customers during the past 30 years, Eurocopter UK also provides stateoftheart services to the oil & gas Industry and the UK armed forces. The Ministry of Defence utilizes 100 Eurocopter helicopters for transport, training and special forces missions, and has recently awarded the Puma Upgrade Programme to Eurocopter UK Ltd. With over 450 helicopters in service in the British Isles, Eurocopter is the leading supplier of helicopters to the United Kingdom.