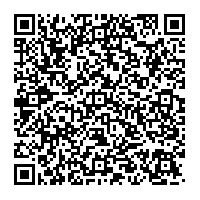 Eurocopter to Consolidate its Growing Presence in Africa at the Africa Aerospace & Defense Airshow in Pretoria, South Africa 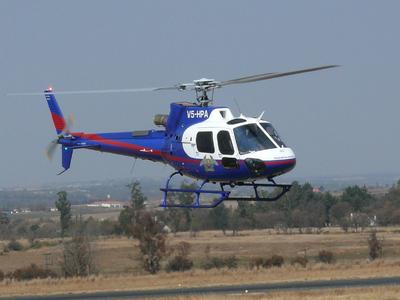 (PresseBox) ( Pretoria, South Africa, 12-09-18 )
The pivotal role played by Eurocopter helicopters in Africa in homeland security, law enforcement, rescue missions and military support will be highlighted at the upcoming AAD Airshow, to be held in Pretoria, South Africa on September 19-23. To demonstrate the versatility of its range of aircraft, Eurocopter will present an EC130, an EC145 and an AS350B3 at the EADS static display (chalets 1 to 4), in addition to two 1:10 scale models of the EC725 and AS565 MB.

There are more than 650 Eurocopter aircraft in service in Africa - some 31 percent of the continent's total helicopter fleet - performing a wide variety of missions every day, including national security and border patrol duties, rescue missions, and corporate and offshore transportation.

"Through its significant presence in support of African countries and its commitment to providing them with support they can rely on, Eurocopter intends to remain a preferred supplier of helicopters for civil, parapublic and military applications," said Olivier Lambert, Eurocopter's Senior Vice President for Sales and Customer Relations. "Designed and equipped with state-ofthe- art technology, our helicopters are capable of accomplishing missions in the toughest operating conditions and in the most demanding of situations."

Thanks to its subsidiary Eurocopter Southern Africa, the Group guarantees technical support for the 250 aircraft currently in service in the southern part of the continent. Most of these helicopters are operated by armed forces and police services as well as by companies tapping into natural resources or offering corporate and VIP transportation services. They are also used for utility missions.

In pursuing the development of these activities, Eurocopter also draws on the training center built at Grand Central, near Johannesburg. The center provides technical training and certification to the pilots and mechanics employed by its customers in the region.

This past June, Eurocopter put its first helicopter flight simulator in the region into service at Kempton Park, near Johannesburg. Designed to provide training for pilots and flight engineers on the Super Puma and similar helicopters, such as the Oryx operated by the South African Air Force, the simulator is located at the SimAero training center, next to O.R. Tambo International Airport.

Prior to the airshow, Eurocopter Southern Africa will hold two seminars in Centurion, near Pretoria. The first of these, which takes law enforcement helicopter missions as its theme, will bring together around 100 representatives of agencies and police forces the world over, including the San Francisco Police Department, police services from Namibia and Botswana, and the French Gendarmerie, who be sharing their operational experiences and exchanging views on how their missions will evolve in the years to come. The second seminar, which will be attended by helicopter operators, customers and the Group's experts and engineers, will focus on flight safety and the latest developments in this field.

Established in 1992, the Franco-German-Spanish Eurocopter Group is a division of EADS, a world leader in aerospace and defense-related services. The Eurocopter Group employs approximately 20,000 people. In 2011, Eurocopter confirmed its position as the world's number one helicopter manufacturer with a turnover of 5.4 billion Euros, orders for 457 new helicopters and a 43 percent market share in the civil and parapublic sectors. Overall, the Group's helicopters account for 33 percent of the worldwide civil and parapublic fleet. Eurocopter's strong international presence is ensured by its subsidiaries and participations in 21 countries.

Eurocopter's worldwide network of service centers, training facilities, distributors and certified agents supports some 2,900 customers. There are currently more than 11,300 Eurocopter helicopters in service in 149 countries. Eurocopter offers the most comprehensive civil and military helicopter range in the world and is fully committed to safety as the most important aspect of its business.