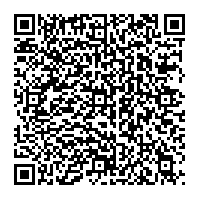 Subscribe to news
(PresseBox) ( Berlin, 12-09-12 )
Eurocopter is to lead the project defining a large-scale compound demonstrator through a multinational European program, applying the expertise gained from the company's highly successful X3 hybrid demonstrator and its track record of helicopter innovation in integrated systems, flight controls and aerodynamics.

This new activity will be conducted in the framework of Europe's proposed Clean Sky 2 Joint Technology Initiative (JTI), intended as an extension of the current Clean Sky JTI involving the European Commission and the European aviation industry to bring significant step changes in aviation's environmental impact. In working towards the targets of Europe's "Flightpath 2050"

aviation vision - along with goals of the new ACARE Strategic Research and Innovation Agenda, while also meeting Europe's broader societal challenges such as citizen mobility - the industry and the European Union would jointly invest a total of €3.6 billion over seven years on transport research in the framework of Clean Sky 2.

Eurocopter signed a Letter of Intent with 13 leading aerospace industry partners to cooperate on the Clean Sky 2 program. The agreement, concluded at the ILA Berlin Air Show with Yves Favennec, Eurocopter Vice President - Research, expresses the European industry's commitment to align its strengths and significantly increase investment in European research and technology through Clean Sky 2. This reflects the importance of strong and continued investment and cooperation in responding appropriately to the future challenges of air traffic.

"We are especially proud to lead this compound rotorcraft effort, which intends to evaluate technologies and reduce risk before a go/no-go decision is made on the potential development of a commercial aircraft," Favennec stated. "The activity will benefit from Eurocopter's success with its X3 hybrid testbed, which the company fast-tracked from concept to maiden flight in 2.5 years, and it also will leverage the company's own considerable investment made so far in the project."

The compound rotorcraft concept would feature the combination of a fixed wing for energy efficient lift, open propellers for energy-efficient propulsion and a main rotor that provides energy-efficient VTOL (vertical takeoff and landing) flight capabilities. This will enable vertical flight with the same agility as a helicopter, along with typical operational cruise speeds of 220 kts. (410 km/hr.) and reductions of up to 20-30 percent in fuel consumption and CO2 emissions compared with current-generation helicopters. Through the Eurocopter-led work in the Clean Sky 2 program, the future compound rotorcraft also could be optimized for the lowest environmental impact in terms of noise.

Timing for the Clean Sky 2 compound rotorcraft program calls for preliminary studies, architecture and specification activity starting in 2014, with development and testing of component and subsystems envisioned in the 2016-2018 timeframe. Flight evaluations could start in early 2019.

By combining higher cruise speeds with excellent vertical takeoff and landing performance, a future compound rotorcraft would be well-suited for such vital public service duties as emergency medical airlift, search and rescue, coast guard and border patrol operations, and it also would contribute to mobility enhancement through operations such as passenger transport, off-shore airlift and inter-city shuttle services.

As part of the overall agreement on Clean Sky 2, this effort would be incorporated in the "Horizon 2020" program, which will federate the entire chain of research, technology development and innovation efforts at the European Union level in all domains - including surface and air transport. "Horizon 2020" will be partially supported by public funding, and projects will run from 2014 until 2023.

Established in 1992, the Franco-German-Spanish Eurocopter Group is a division of EADS, a world leader in aerospace and defense-related services. The Eurocopter Group employs approximately 20,000 people.

In 2011, Eurocopter confirmed its position as the world's number one helicopter manufacturer with a turnover of 5.4 billion Euros, orders for 457 new helicopters and a 43 percent market share in the civil and parapublic sectors.

Overall, the Group's helicopters account for 33 percent of the worldwide civil and parapublic fleet. Eurocopter's strong international presence is ensured by its subsidiaries and participations in 21 countries. Eurocopter's worldwide network of service centers, training facilities, distributors and certified agents supports some 2,900 customers. There are currently more than 11,300 Eurocopter helicopters in service in 149 countries. Eurocopter offers the most comprehensive civil and military helicopter range in the world and is fully committed to safety as the most important aspect of its business.