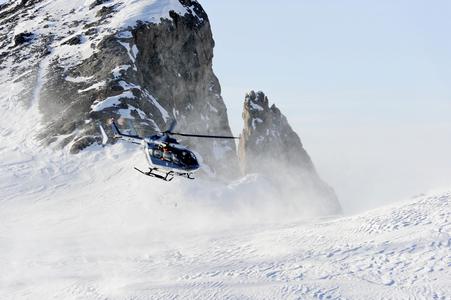 (PresseBox) ( Marignane, France, 10-10-27 )
Two strategic agreements signed today establish the framework for Eurocopter's creation of a 50/50 joint venture in Kazakhstan to assemble EC145 helicopters, along with the sale of 45 of these locally-assembled aircraft for government missions in the country.

The first accord is a framework agreement between Eurocopter and Kazakhstan Engineering to create a 50/50 joint venture to assemble and customise EC145s in Kazakhstan. The agreement also includes the development of local maintenance and training activities to support EC145 operations throughout the new customs union zone created this summer by Kazakhstan, Russia and Belarus and the entire Central Asian region.

The second accord is a memorandum of understanding (MOU) - signed with Eurocopter, its parent company EADS and the Kazakhstan Ministry of Defence to confirm its intention to purchase 45 EC145 helicopters in the next 6 years.

The EC145 is at the top of its class in the medium-sized, twin-engine helicopter category. This multi-mission helicopter brings together Eurocopter's latest developments in advanced cockpit design, avionics and rotor system. It is also perfectly adapted for demanding environments, especially in very low temperatures that can be found in Kazakhstan (certified at -45°). To date, 400 EC145s have been sold worldwide.

Both agreements were endorsed in Paris today during the visit of Kazakhstan President Nursultan Abishuly Nazarbayev to France.

The Eurocopter/Kazakhstan Engineering joint venture calls for the assembly and customisation of EC145s in Astana, Kazakhstan. This organisation will be formally established by December of this year, allowing completion of the first in-country helicopters - to be called the KH145 - by late 2011. According to the MOU, the 45 KH145s acquired by Kazakhstan will be assembled during a six-year period, with an initial batch of six helicopters to be delivered next year.

"Eurocopter, together with its joint venture partner Kazakhstan Engineering, will develop a major aeronautical industry capability in Kazakhstan, thereby creating several hundreds of highly qualified jobs," said Eurocopter President & CEO Lutz Bertling. "Moreover, this project will foster helicopter usage in Kazakhstan, making this country the Commonwealth of Independent States (CIS) showcase for governmental helicopter operations. This joint venture also positions Eurocopter for future business development in Kazakhstan, Central Asia, Russia and Belarus, providing helicopters that are well tailored for applications in the oil and gas, parapublic and government sectors, as well as for other applications."

Established in 1992, the Franco-German-Spanish Eurocopter Group is a Division of EADS, a world leader in aerospace, defence and related services. The Eurocopter Group employs approx. 15,600 people. In 2009, Eurocopter confirmed its position as the world's No. 1 helicopter manufacturer in the civil and parapublic market, with a turnover of 4.6 billion Euros, orders for 344 new helicopters, and a 52 percent market share in the civil and parapublic sectors. Overall, the Group's products account for 30 percent of the total world helicopter fleet. Its strong worldwide presence is ensured by its 25 subsidiaries and participations on five continents, along with a dense network of distributors, certified agents and maintenance centers. More than 10,500 Eurocopter helicopters are currently in service with over 2,800 customers in more than 140 countries. Eurocopter offers the largest civil and military helicopter range in the world.