Eurocopter delivers the first Tiger HAD version to the French DGA 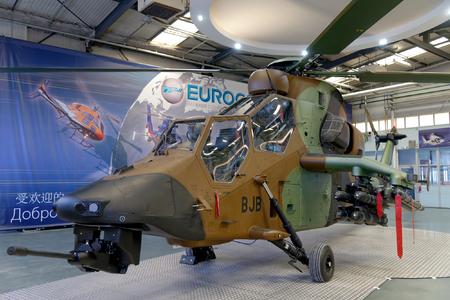 This milestone followed DGA qualification of the Tiger HAD version on April 10, and marked the delivery startup for Eurocopter's latest variant of a rotorcraft product line which has already been combat proven during military operations in Afghanistan, Libya and today in Mali.

"With the Tiger HAD, Eurocopter further expands the operational capabilities of a combat helicopter family which has demonstrated its mission effectiveness and performance in highly challenging military deployments," said Dominique Maudet, the Eurocopter group's Executive Officer for France, and Vice President of Global Business and Services.

To date, France has ordered 40 Tiger combat helicopters in HAD configuration for its French Army Aviation units. Another 24 helicopters has been ordered by the Spanish government to equip the Spanish Army (which includes six Tiger HAP support and escort versions retrofitted for fire support and attack missions).

97 multi-role Tiger family currently are in service in four countries: France, Germany, Spain and Australia; which have ordered a total of 206 helicopters.