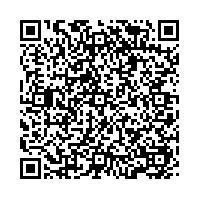 Subscribe to news
(PresseBox) ( Marignane, 12-07-12 )
Eurocopter will provide the leading Northern European helicopter operator Blueway Group with a total of four new EC225s in 2012. Two of these helicopters are already in service for crew change operations on the Danish continental shelf. The third aircraft was delivered today during a ceremony at Eurocopter's facilities in Marignane while the final helicopter is to be handed over before the end of the year.

The new EC225s in offshore crew change configuration are operated out of Esbjerg, Denmark, by DanCopter, a 100% owned subsidiary of Blueway Group in the frame of a contract awarded by the Danish company Maersk Oil & Gas, which began on July 1 of this year.

The addition of these 19-passenger EC225 helicopters to Blueway's offshore fleet, which has previously been comprised of medium sized helicopters in the 11 to 13 seat range, including Eurocopter's EC155, marks the beginning of the company's operations in the heavy segment.

"The arrival of this aircraft type - one of the largest in the Eurocopter range - to Blueway's fleet represents an important milestone in the devolvement of this fast growing company," said Dominique Maudet, Eurocopter's executive vice president Global Business and Services. "Considering the experience and high degree of professionalism of both Blueway and Dancopter, in combination with Eurocopter's close support, I have no doubt that the introduction of these new EC225s will also be a grand success. Eurocopter wishes both companies all the best with their increasing scope of operations, and will be very happy to accompany them on this challenging and interesting path."

Blueway and Dancopter have recently been awarded two new contracts for offshore operations with Shell out of Den Helder, Netherlands, and Norwich, England, which require 4 to 5 of Eurocopter's medium weight EC155s. In addition, DanCopter, in a joint venture with Caverton Helicopter of Nigeria, has successfully performed crew change operations for Shell in Nigeria since 2010. Blueway is also the first helicopter operator in the world to sign an international Enterprise Framework Agreement for offshore flight operations with Shell.

Johnny Skoglund, CEO of the Blueway Group underscored the strong dynamics in the company: "The contracts with Shell and Maersk represent important milestones in the realization of the Blueway Group's growth strategy. The operations for Shell in Nigeria since 2010 have demonstrated our ability to establish and run a world class operation anywhere in the world with a short leadtime. Several contracts on the Norwegian Continental Shelf, to begin in 2014 and 2015 are in the tendering process and have a heavy, 19-passenger helicopter requirement. With the new contracts in our home market in the North Sea, we represent a true challenge to competitors in the offshore crew change market."

Eurocopter's EC225 offers optimal safety with superior speed, range, payload and reliability. Deployed worldwide for offshore and passenger transport flights as well as civil and military search and rescue (SAR) missions, it is the latest-generation member of the Super Puma/Cougar family. More than 140 aircraft have entered service since 2005 accumulating more than 250,000 flight hours. In the global oil & gas industry alone, there are currently some 70 EC225s in operation around the world.

This aircraft is perfectly adapted for operations in adverse weather conditions. Designed to meet the highest safety requirements, it is backed by system redundancy, a highly capable automatic flight control system and the capability for full deicing, which allows for flight in all known icing conditions.

Blueway has provided helicopter services since 1986. The company is a leader in Northern Europe, and its fleet of 33 helicopters offers advanced helicopter-based services to a wide range of industries: offshore, infrastructure, environment and Search & Rescue (SAR). Its offshore business constitutes about 65 percent of the Group's total revenues, with 25 percent coming from infrastructure and environment, with the remaining 10 percent from Search & Rescue operations. The Group's subsidiaries operate under the following brands: Blueway Offshore Norge, DanCopter, Airlift (infrastructure, environment and search & rescue for the Norwegian government), and Vertech Offshore.