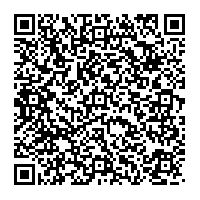 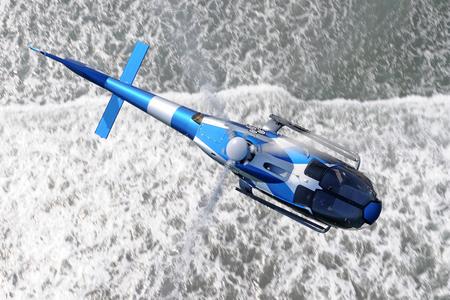 (PresseBox) ( Oxford, England, 13-04-24 )
With a series of deliveries, Eurocopter has further extended its lead in Britain's private/VIP market and once more confirmed the company's role as Britain's civil helicopter hub. Two of the rotorcraft are the AS350 B3e evolved members of Eurocopter's Ecureuil family, while the third is an EC120 B.

The design and customization activities for these aircraft were performed in the UK, with the Eurocopter UK subsidiary applying its onshore expertise in work ranging from avionics integration to interior design and outfitting, as well as installation of other customer-defined systems such as radar altimeters and iPads.

"Tailored solutions based on British design, parts manufacturing, integration, flight testing and certification have made us the preferred choice of UK customers in this market segment," said Markus Steinke, Managing Director of Eurocopter UK Limited. "We are proud to continue the expansion of our unique civil helicopter heritage, skills and customer base, and will continue to extend Britain's civil helicopter hub even more in the future."

A fleet of 314 turbine helicopters is operated by private and business aviation customers across the UK, which represents the largest market of its kind in Europe, and is ranked third worldwide. With close to 40% of this fleet in Britain, Eurocopter provides more than any other helicopter manufacturer.

As the latest version of Eurocopter's powerful seven-seat 2.3-ton AS350 family, the AS350 B3e is powered by a Turbomeca Arriel 2D turboshaft engine with new-generation digital FADEC, and incorporates an engine data recorder for condition monitoring. It is designed to perform demanding missions in the most extreme weather and geographical conditions, with the high endurance, extended range and fast cruise speed positioning the AS350 B3e as the leader in its class. Overall, 4,900 Ecureuils have been delivered in 98 countries worldwide for approximately 1,600 operators. These aircraft have cumulated more than 22 million flight hours. Eurocopter's smaller EC120 B results from 50 years experience in designing, manufacturing and supporting light single-engine helicopters. A total of 660 EC120 Bs have been delivered around the globe so far, and have completed nearly 1 million flight hours.

Eurocopter UK Ltd - Britain's civil helicopter hub - and its predecessors have been present and highly active in the United Kingdom for over 30 years, dominating the civil rotary-wing sector. Its contribution to the aerospace sector of the national economy includes the development of police aviation with a 75 percent market share, a 70 percent share of the air ambulance sector, and well over 50 percent of the offshore oil and gas market.

Eurocopter UK Ltd is headquartered in Oxford, with additional bases in Dublin (Ireland), Belfast (Northern Ireland), Hawarden (Wales) and Aberdeen (Scotland) and provides the full range of products and services for the rotary-wing sector, including prime contractor for the RAF Puma Mk2 program.

Some 450 Eurocopter helicopters form the largest part of the UK's helicopter fleet and the backbone of vital national infrastructure, with approximately 100 helicopters serving the UK Ministry of Defence for transport, training and high end operational missions. To date, Eurocopter UK Ltd has exported high technology helicopter solutions to 23 nations worldwide.

The Eurocopter group employs more than 1600 people across the British Isles.

Established in 1992, the Franco-German-Spanish Eurocopter Group is a division of EADS, a world leader in aerospace and defense-related services. The Eurocopter Group employs approximately 22,000 people. In 2012, Eurocopter confirmed its position as the world's No. 1 helicopter manufacturer with a turnover of 6.3 billion Euros, orders for 469 new helicopters and a 44 percent market share in the civil and parapublic sectors. Overall, the Group's helicopters account for 33 percent of the worldwide civil and parapublic fleet. Eurocopter's strong international presence is ensured by its subsidiaries and participations in 21 countries.

Eurocopter's worldwide network of service centers, training facilities, distributors and certified agents supports more than 2,900 customers. There are currently more than 11,780 Eurocopter helicopters in service in 148 countries. Eurocopter offers the most comprehensive civil and military helicopter range in the world and is fully committed to safety as the most important aspect of its business.