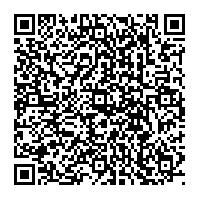 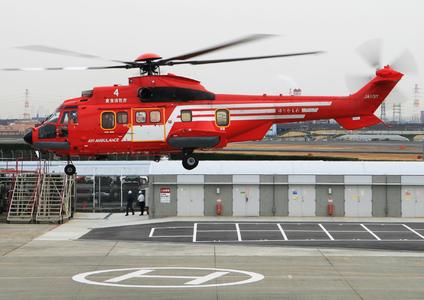 (PresseBox) ( Tokyo, 12-07-17 )
The Tokyo Fire Department has signed on another EC225 this month, adding to its Eurocopter fleet of fire-fighting, emergency medical services as well as search & rescue helicopters. This affirms Eurocopter's leading position in Japan as the preferred choice for such missions, and proves its capability in meeting high expectations.

Following the purchase of an EC225 last December after the Great East Japan Earthquake, the Tokyo Fire Department signed a contract for another EC225 this month, to add on to its Eurocopter fleet of fire-fighting helicopters. The 11-ton rotary-wing aircraft from Eurocopter's Super Puma family will be configured to handle fire-fighting, emergency medical services as well as search and rescue missions.

The EC225 is set to become a mainstay amongst medium-heavy helicopters in Japan, as five orders have been placed in the last one year by the Japan Ministry of Defense and Japan Coast Guard, in addition to the Tokyo Fire Department's acquisitions.

"Recent experiences in Japan showed the important role played by rotary-wing aircraft during large-scale disasters," said Eurocopter President & CEO, Lutz Bertling. "The Tokyo Fire Department, along with many other civil and government organizations, have put their trust in our products not only because our helicopters have performed outstandingly in all missions required of them, but also the fact that we are able to render prompt service due to our large local presence."

Stephane Ginoux, Eurocopter Japan CEO, commended the Tokyo Fire Department on its capabilities, noting that "The Tokyo Fire Department is one of the largest and most well-equipped fire departments in the world, covering the Tokyo prefecture which consists of urban environment with high-rise buildings, mountainous areas at the boundaries, as well as the Ogasawara group of 30 islands located 1,000 km south of Tokyo. They also provide support for the entire nation whenever needed during crisis situations. We are honored to have been selected once again to provide for their needs."

Together with the BK117 which was developed in cooperation with Kawasaki Heavy Industries, Eurocopter leads the fire-fighting segment with 85% market share in Japan today.

Eurocopter Japan Co.,Ltd was established in April 2009 as a subsidiary of Eurocopter (90%) and Itochu Corporation (10%). In July 2009, Eurocopter Japan established Eurocopter Japan T&E. Co.,Ltd, a joint venture with ANAM. After these two acquisitions, Eurocopter became the first foreign affiliated company in this field to become a full fledged industrial player in Japan. With 55% market share in the civil and parapublic sectors, a fleet of 330 helicopters and 50 years of presence in Japan, Eurocopter Japan will continue to contribute to Japanese customers and the society by improving safety, usability and the cost efficiency of the air by providing excellent products and consummate services.