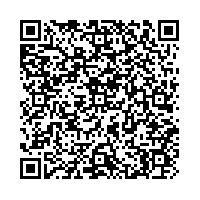 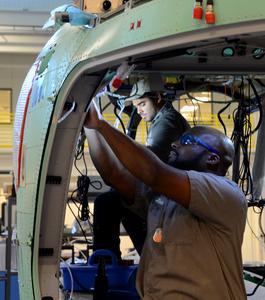 (PresseBox) ( Herndon, Va., 13-04-26 )
The U.S. Army has fielded the 250th UH-72A Lakota helicopter delivered to Army and National Guard units by EADS North America since 2006. Every Lakota - including an additional five produced for the U.S. Naval Test Pilot School - has been delivered on time and on budget, by an American workforce that is more than 50 percent U.S. military veterans.

The combined Lakota fleet's operations have now exceeded 150,000 flight hours, while maintaining greater than 90 percent availability. The Lakota is the Army's newest helicopter, with the lowest cost to fly, own and operate of any U.S. military helicopter in production.

"In today's budget environment, the Pentagon needs programs that deliver what's been promised, and we're proud to have worked with the Army to field this capability unfailingly on schedule and on cost," said Sean O'Keefe, EADS North America Chairman and CEO.

Army Lt. Col. David Cheney, the UH-72A Product Manager, stated, "The UH-72A Lakota helicopter program continues on schedule, within budget and is serving the Soldier very well. The success of this aircraft and program is a testament to EADS North America's team's determination to provide the best support for the Army and homeland security missions."

The 250th Army Lakota will be operated out of Oklahoma City by the Oklahoma National Guard. It is the latest of 54 Lakotas delivered with the Security and Support (S&S) Battalion mission equipment package, which expands the Lakota's capabilities for missions ranging from disaster response to border security operations.

A combination of full contractor logistics support (CLS) for the active Army and hybrid CLS for the Army National Guard enables the units to operate the Lakota in accordance with their flying hour plan. The Army program office, military units, and the industry team of EADS North America, American Eurocopter and Helicopter Support International has provided tailored program logistics to the Army and Army National Guard since 2006.

The UH-72A is a Defense Acquisition Category (ACAT) I major defense acquisition program, and was one of the most rapid introductions of a new aircraft in the U.S. Army's history. Deliveries of the aircraft to National Guard units allow aging OH-58 and UH-1 rotary-wing aircraft to be retired, while UH-72As assigned to the active component of the U.S. Army free up UH-60 Black Hawks for assignment to combat missions.

EADS is a global leader in aerospace, defense and related services. In 2012, the Group - comprising Airbus, Astrium, Cassidian and Eurocopter - generated revenues of € 56.5 billion and employed a workforce of over 140,000.

American Eurocopter is a helicopter manufacturer that produces, markets, sells and supports the broadest range of civil and para-public helicopters offered by any manufacturer in the United States. The company is a subsidiary of EADS North America Holdings, the North American operations of EADS, a global leader in aerospace, defense and related services, and is an affiliate of Eurocopter, the largest helicopter manufacturer in the world. American Eurocopter’s product line represents the most cost-effective, technologically-advanced helicopters, ranging from light single to heavy twin, serving all markets and missions. Company headquarters and main facilities are located in Grand Prairie, Texas, with a large manufacturing and production facility in Columbus, Miss., that produces the UH-72A for the U.S. Army’s Lakota program.