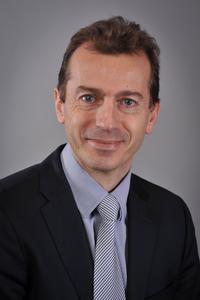 (PresseBox) ( Amsterdam, 13-03-12 )
The EADS Board of Directors has accepted the resignation of Lutz Bertling as Chief Executive Officer of Eurocopter and Member of the EADS Group Executive Committee, effective 30 April 2013.

Bertling, 50, has been at the helm of the Group's helicopter Division since November 2006 and had recently expressed his desire to depart the Group in pursuit of another professional opportunity in Germany.

The EADS Board of Directors has appointed Guillaume Faury, 45, to succeed Lutz Bertling. Effective 1 May 2013, Faury joins Eurocopter from Peugeot S.A., where he has served as Executive Vice President for Research & Development since 2010 and as Member of the Managing Board since 2009.

"I regret that Lutz is leaving Eurocopter and the EADS Group to pursue a new challenge outside the aerospace world. We owe Lutz a lot. In his six and a half years at the helm of Eurocopter, he led the company successfully through a period of strong growth and also a deep economic crisis. During his tenure Eurocopter became more international, more innovative, and overall, more competitive. I thank him for all his work and wish him the best for his future", said Tom Enders, Chief Executive Officer of EADS.

"I am happy to welcome Guillaume Faury back at EADS. Early in his career, he excelled at Eurocopter in various management positions before accepting a very senior role at Peugeot. With his profound knowledge of the Division, his leadership skills, and his broad industrial expertise, I am convinced Guillaume is the right person to drive Eurocopter's ambitious innovation roadmap and global positioning," Enders said.

Faury, a licensed flight test engineer, served in various senior management functions at Eurocopter from 1998 to 2008 before joining Peugeot S.A. He was Chief Engineer for the EC225/ 725 programme, Head of the Heavy Helicopter Flight Test department, Executive Vice President for Commercial Programmes and, ultimately, Executive Vice President for Research & Development. Faury also was a member of the Eurocopter Executive Committee. He started his professional career with the French Defence Procurement Agency DGA, where he was in charge of Tiger helicopter flight test activities at the Istres Flight Test Centre. Faury holds an engineering degree from the Ecole Polytechnique in Paris as well as an aeronautics and engineering degree from the Ecole Nationale Supérieure de l'Aeronautique et de l'Espace in Toulouse.

EADS is a global leader in aerospace, defence and related services. In 2012, the Group - comprising Airbus, Astrium, Cassidian and Eurocopter - generated revenues of € 56.5 billion and employed a workforce of over 140,000.