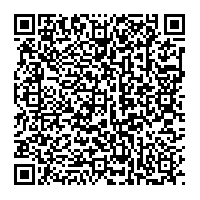 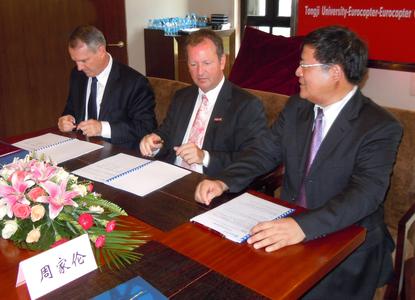 (PresseBox) ( Shanghai, 10-08-27 )
Eurocopter yesterday signed a cooperation agreement with China's Tongji University that integrates this Shanghaibased educational institute into the company's family of partner universities, with the goal of training future technicians and engineers in helicopter technology and reinforcing the international exchange in research and development.

The accord was signed in Shanghai by Dr. Lutz Bertling, Eurocopter's President and CEO; Bruno Boulnois, the CEO of Eurocopter China; and Tongji University's Chairman of University Council Mr. ZHOU Jialun.

"Eurocopter has a rich experience of industrial cooperation in China, and we are convinced the development of human resources capabilities is just as important as pursuing technological innovations," said Bertling. "With the signature of this cooperative agreement, we will join hands with Tongji University - a renowned university in China - to train the country's next generation of aerospace engineers."

Tongji University becomes the first in Asia to join Eurocopter's family of partner universities, which was established in 2008 to create a pool of aeronautical competence for the future of the rotarywing aircraft industry.

"We are certain that our relationship with Eurocopter will greatly benefit the students at Tongji University's School of Aerospace Engineering and Applied Mechanics, helping them become internationallyacclaimed engineers that are capable of contributing to the future of China's fastgrowing aerospace industry," said ZHOU Eurocopter and Tongji University will establish a helicopter training programme that brings specialised visiting professors to Shanghai for lectures, and will offer internships in the company's different facilities in China and abroad. Additionally, scholarships are to be provided for highly motivated students, and career opportunities will be offered as part of Eurocopter's successful policy of working locally and internationally.

For the past 40 years of its presence in China, Eurocopter has trained hundreds of highly skilled rotarywing specialists through various cooperation programmes with its Chinese partners. This activity includes licensed production of the Dauphin helicopter in the 1980s, coproduction of EC120/HC120s in the 1990s, and today's 50/50 codevelopment of the EC175/Z15 helicopter - which incorporates the latest in advanced technologies.

The first joint effort of this new cooperation will be an "Eco-Design" seminar organised during October in Shanghai, continuing Eurocopter's emphasis on the environment as the centrepiece of its innovation strategy. This meeting will underscore the importance of ecoefficient design in the helicopter industry, and will include participants from all of Eurocopter's partner universities.

Created in December 2006, Eurocopter China is a wholly-owned subsidiary of Eurocopter Group, responsible for sales and customer support activities for the company’s entire range of products. In 2009, Eurocopter China achieved a turnover of 24 million Euros and a market share of 41%. With over 40 years of presence and 30 years of experience in industrial cooperation in China, more than 150 Eurocopter helicopters have been sold in the country. In order to provide quality service in proximity to Chinese operators, Eurocopter China has established a multi-based organisation in Beijing, Shanghai, Shenzhen and Hong Kong staffed with around 35 employees.