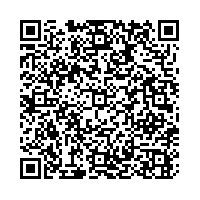 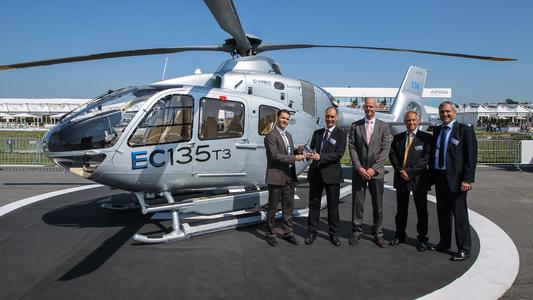 (PresseBox) ( Berlin, 14-05-23 )
Keeping the German Federal Police's large fleet of EC135 rotorcraft mission-ready will be the responsibility of Airbus Helicopters based on a long-term maintenance, repair, and overhaul contract (MRO) signed with the NATO Support Agency NSPA at the ILA Berlin Air Show. The NATO Support Agency (NSPA) is NATO's Integrated Logistics and Services Provider Agency, which executed the procurement process for the service contract on behalf of the German Federal Police.

This service contract covers all 41 EC135 T2i rotorcraft in the Bundespolizei Fliegergruppe (German Federal Police Flying Squadron) fleet, with the initial aircraft to arrive at Airbus Helicopters' Kassel-Calden, Germany maintenance facility later this month. The agreement has an initial three-year timeframe, with an extension option to five years.

"We are uniquely positioned to support the German Federal Police's helicopter inventory, bringing our full resources as the manufacturer of the EC135 to ensure their readiness," explained Ulrich Amersdorffer, Airbus Helicopters Vice President - MRO Germany.

Maintenance services covered by the agreement include phase inspections, engine inspections, replacement of operation time limit parts (OTL), component repair and overhaul, the application of service bulletins, the compliance with service letters, the incorporation of engineering orders, as well as helicopter painting.

"Responsiveness is the key to mission success for the German Federal Police. Therefore we are looking forward to benefit from Airbus Helicopters' MRO competence in keeping the Bundespolizei's EC135 T2i fleet in the sky" added NSPA's Senior Contracting Officer.

The German Federal Police is Airbus Helicopters' largest law enforcement customer in Europe, with 85 company-built rotorcraft in its fleet. Their relationship dates back more than 50 years, when the agency's predecessor - the German Federal Border Guard - began operating its first Alouette II helicopter in 1962.

In addition to the German Federal Police Aviation Service's current inventory of EC135s, the other Airbus Helicopter-built rotorcraft types it operates are EC155s, AS332 L1s and EC120s, the latter for training purposes only. Duties performed by the law enforcement agency include border patrol and search-and-rescue missions, along with the transportation of personnel and special forces in national and international environments.