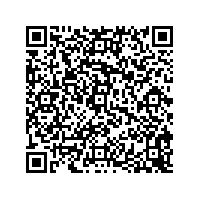 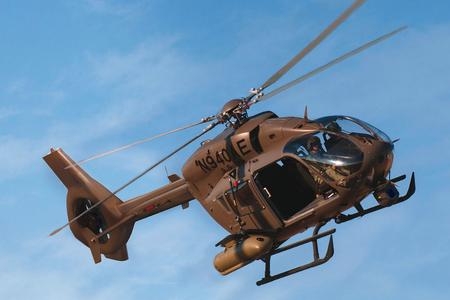 (PresseBox) ( Marignane, France, 14-06-16 )
The rugged, capable and mission-ready military rotorcraft lineup from Airbus Helicopters will be displayed at next week's Eurosatory 2014 defense exposition near Paris, France, along with a focus on the latest innovation for its product family. "The rapid evolution of operational requirements, for missions that are carried out by armed forces worldwide, requires an answer on our part to their ever-changing needs. Our fleet of helicopters addresses this by proposing adaptable, flexible, and efficient solutions," said Dominique Maudet, Airbus Helicopters' Executive Vice President Global Business and Services. "Once the helicopters are in service, we are committed to assisting and supporting all customers in the operational deployment of our rotorcraft weapon systems."

To be included in the company's exhibit is one of its newest military helicopters: the twin-engine EC645 T2, which has been ordered by Germany for the country's Kommando Spezialkräfte (Special Forces Command), with deliveries to begin in 2015. As the most powerful model in Airbus Helicopters' proven EC145 series, the EC645 T2 is equipped with a modern digital cockpit with the Helionix® avionics suite, full night vision capabilities, as well as a 4-axis autopilot. It is powered by two Turbomeca Arriel 2E engines with dual-channel full authority digital engine control (FADEC).

The French Army is to display one of its NH90s - the multi-role helicopter deployed by this military service and by allied forces in Afghanistan, and used for the French Navy's rescues of more than 120 persons; along with the presence of Tiger attack helicopter, which has been combat-proven while serving in Afghanistan, Libya and Mali.

Completing the company's presence at Eurosatory - its first in the Airbus Helicopters identity following the rebranding from Eurocopter - are scale models of the EC725 Caracal, endorsed through combat deployments with French forces in Afghanistan along with the support of France's role in NATO-led operations during the Libyan military campaign and French Special Forces missions in Mali; as well as the military Panther version of the well-known Dauphin family.

Airbus Helicopters' application of continuous improvements and innovation is demonstrated at Eurosatory 2014 by the new Helionix® avionics suite, which integrates flight envelope protection, pilot assistance and improved situational awareness - providing additional operability, enhanced operational safety and lower crew workload, while also facilitating maintenance. In addition to the application of Helionix in the EC645 T2 and its civil EC145 T2 version, Airbus Helicopters has certified this avionics suite on its medium-weight EC175 multi-role rotorcraft - which is to be delivered to customers beginning later this year.

Airbus Helicopters will be participating at Eurosatory 2014 with its Airbus Group parent company, whose corporate exhibit is to be located on stand #D480 during the June 16-20 event at the Paris Nord Villepinte exhibition center.