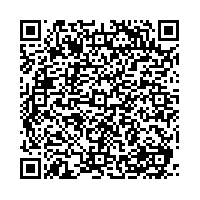 Integration as a possible factor for cost reduction by photovoltaic producers

Subscribe to news
(PresseBox) ( Bonn/ San Francisco, 12-07-23 )
In the 7th PV Briefing & Networking Forum, U.S. solar experts discussed, during Intersolar North America, long-term growth potential and the possibilities for photovoltaic manufacturers to lower their costs. A solution has been seen here in the way of an extended integration of the company.

As part of the Intersolar North America, the Joint Forces for Solar network initiative was yet again in the United States. During the seventh PV Briefing & Networking Forum USA, representatives of the global solar industry together with local installers and craftsmen discussed the latest developments in the Californian solar market, and also took a glance at the potential of the U.S. market as a whole. Focus was also put on the topic of a quota for renewable energies at state level. Questions concerning long-term growth potential were also discussed.

Among other things, spoken about was how producers can reduce their costs. A variety of proposed solutions were discussed by the panel and the participants. Important to most seemed to be the encouragement of integration. This would mean, for example, that module manufacturers would manufacture their own inverters in order to reduce the cost of the entire system. From the podium’s perspective the right choice of components also plays another important part in the perusal of cost reductions. Other solutions looked at were aimed specifically at solar switchboards. As with previous events the topic of funding also came up in San Francisco. Approaches to risk reduction for end consumers could be found in the imparting of energy consumers.

The organizers of the 7th PV Briefing & Networking Forum were pleased to see yet again a lively exchange between the event participants and the podium, especially during the discussion. A special thanks also directed to the premium sponsor Astronergy and the Gold Sponsors; Centro Solar America; Q.Cells North America and the Thomas Lloyd Group. Joint Forces for solar was also accompanied and supported by one of its media partners, PV magazine; Sun & Wind Energy; PV-Tech.org, the UK's leading online portal; RenewableEnergyWorld.com and, TV media partner SolarPV.TV.

You can find more information about the Joint Forces for Solar Initiative on our website at: www.jointforces4solar.com