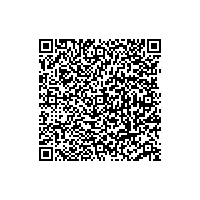 Subscribe to news
(PresseBox) ( Bonn/ Rome, 12-01-25 )
The Italian energy agency GSE (Gestore dei Servizi Energetici) just announced that PV large scale plants will not get any incentives in the second half of 2012 as the incentive volume was exceeded in 2011. This will lead to a shift in the development of market segments and result in the increasing importance of regional installers.

Italy will not grant any funding to PV large scale plants in the second half of 2012. This was announced by the energy agency GSE which is responsible for the installation of plants. According to them, the capacity of large scale plants installed exceeds the amount determined in the incentive scheme by far. Based on the Conto Energia IV, the resulting additional costs will be taken from the budget for the second half of 2012. As the additional costs in 2011 exceed incentives for the second half year 2012, remuneration will fall away. Rooftop plants with a capacity of more than 1 MW are affected as well as open space plants, not constructed on public buildings or estates. Up to August 31st, 2011 operators had brought funded large scale plants of 1 billion EUR to the grid. In addition, photovoltaic plants on agricultural areas receive no incentives if they are not connected to the grid by the end of March 2012.

Focus shift, regional installers gain in importance
Due to the limitation in the PV large scale segment this year and the stop of incentives for plants on agricultural areas, the focus may shift in Italy. Market experts at EuPD Research, the leading service provider for the analysis and evaluation of solar markets as well as CleanTech applications, assume an increasing importance of the private as well as the large, commercial rooftop segment, e.g. on storage and industry buildings. “The private and commercial rooftop segment is attracting investors with comparatively high feed-in-tariffs as well as a multitude of unused roofs in attractive locations. Furthermore, there are still incentives available for these segments”, says market analyst Daniel Christian Quack of EuPD Research. In addition to large project developers connecting plants in MW-range to the grid, the importance of mainly regional based installer companies, focusing primarily on the installation of smaller plants is likely to rise, according to market analyst Quack.

Installer’s Point of View
EuPD Research provides in its “Installer’s Point of View” a study that offers important and detailed insights on the Italian installer landscape based on primary data and against the background of a changed regulatory framework. The study conveys know-how on brand perceptions as well as on the selling points, services and distribution channels that have a positive influence on Italian installers in the buying decision and the further recommendations they make. Thus, the study facilitates a better understanding of the relevant distribution channels. In addition, the “Installer’s Point of View” supports companies, in designing and delivering successful sales campaigns.

If you have any questions, please do not hesitate to contact us.

EuPD Research is a market and opinion researcher for media and companies. As a full-service provider with a highly specialized interview center, we offer a wide range of quantitative and qualitative research services. We create market studies, sector reports, and business climate indices and use this information to develop target-oriented decision support for our customers. In the process, we draw upon an expert network of scientists, decision makers and media representatives.