ESI Supports the Main Aeronautics and Space Centers in France

Announcing a new strategic office in the Toulouse region 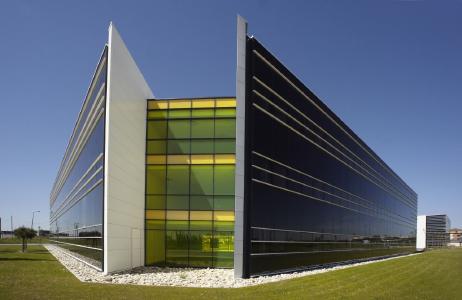 (PresseBox) ( Paris, France, 17-12-13 )
ESI Group is a leading innovator in Virtual Prototypingsoftware and services for manufacturing industries, announces the opening of its new office in Colomiers near Toulouse, France. Following the strengthening of its presence in the Silicon Valley (USA), the group now expands in the South West of France, reflecting its growing presence in the aeronautics industry.

Present in France since its creation, ESI Group continues its expansion in the country by opening this 7th office, adding to those near Paris, Bordeaux, Lyon and Nantes. ESI is continuing to amplify its business in France, making strategic investments including opening the new office to be close to important aeronautics and space industry sectors key players.

A strategic hub for France and Europe, the Toulouse region houses the headquarters of major OEMs and suppliers in the aeronautics and space sectors, including Airbus, ATR, Thales Alenia Space, Latécoère, Stelia Aerospace and also Safran, Daher, Ratier Figeac or Figeac Aero… Moreover, the region welcomes many engineering and services companies and provides 40% of the French aerospace workforce. Main aeronautics and space R&D centers are located in the South West, where we also find a strong Research and Education network, that makes it an ideal place for ESI to develop its activities.

While strengthening its links with the South-Western ecosystem from its new site, ESI France will provide demonstrations and ensure the commercialization of its latest solutions including Virtual Reality with ESI IC.IDO. The team in Toulouse will also support clients and amplify the Group’s commercial relations with aerospace and space OEMs, building on the numerous Research & Technology (R&T) projects already on-going, specifically in the field of Simulation of manufacturing processes.

The MOISE project, for example, implemented with IRT Saint Exupéry, is a first success in local synergy. The IRT Saint Exupéry has been launched by the French government within Investments for the Future Program to boost high value competitive technological sectors in Aeronautics, Space and Embedded Systems. This Institute of Technology combines resources from public and private partners to lead R&T activities. As part of the MOISE project dedicated to system engineering based on extended enterprise models, IRT Saint Exupéry is working in partnership with ESI Group to integrate its System Simulation, ESI's SimulationX and 3D environment simulation solutions of sensors from ESI Pro-SIVIC in the aeronautics development processes. Calixte Champetier, Head of Embedded Systems at IRT Saint Exupéry, asserts "The introduction of a player such as ESI Group in the Toulouse eco-system is a springboard to new successful collaborations for the IRT Saint Exupéry ".

This new implementation will help accelerate the industry digital transformation, which is the cornerstone of ESI Group's innovation and support strategy for its customers.

ESI Group is a leading innovator in Virtual Prototyping software and services. Specialist in material physics, ESI has developed a unique proficiency in helping industrial manufacturers replace physical prototypes by virtual prototypes, allowing them to virtually manufacture, assemble, test and pre-certify their future products. Coupled with the latest technologies, Virtual Prototyping is now anchored in the wider concept of the Product Performance Lifecycle™, which addresses the operational performance of a product during its entire lifecycle, from launch to disposal. The creation of a Hybrid Twin™, leveraging simulation, physics and data analytics, enables manufacturers to deliver smarter and connected products, to predict product performance and to anticipate maintenance needs.