ESI Supports European Innovation in the Field of Metallurgy 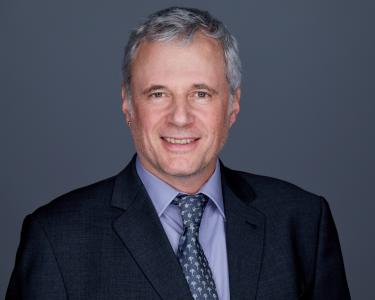 (PresseBox) ( Neu-Isenburg, 18-01-22 )
Who? ESI Group is a leading innovator in Virtual Prototyping software and services for manufacturing industries. Specialist in material physics, ESI has developed a unique proficiency in helping industrial manufacturers replace physical prototypes with virtual prototypes, allowing them to virtually manufacture, assemble, test and pre-certify their future products.

What? Ole Köser, Manager of the Center of Excellence for Casting & Metallurgy at ESI Group, is appointed Chairman of the EUREKA cluster Metallurgy Europe where he will replace David John Jarvis who left earlier this year.

With more than 2 decades of expertise in Casting and Metallurgy, Ole Köser joins the Board of Directors of Metallurgy Europe to promote cross-collaboration between Academia and Industry in the domain of Metallurgy, at a European scale. The Cluster promotes innovative and industrial focused projects within the EUREKA network. It aims to generate wealth and growth in Europe, by securing global leadership in industrial metallurgy and advanced manufacturing of metallic products across a broad range of markets.

Involved in several European projects, ESI has always advocated the development of Casting and Metallurgy at an international scale. Emphasizing this commitment, the software editor created several years back a Center of Excellence in those fields. Managed by Ole Köser, the main objective of this Center of Excellence is to create a pipeline of technology which flows into ESI’s software offering in these domains. Thanks to close interactions with key stakeholders in the fields of Casting and Metallurgy, the ESI team is implementing many innovative projects, which are publicly co-funded or financed by industry to build specific customized solutions.

Starting his career at Hardtop Giessereitechnologie GmbH 20 years ago, where he promoted casting simulation for the German casting industry, Ole Köser is now one of the guarantors of ESI’s vision for this field. He joined the company in 2003, and has managed ESI’s Center of Excellence in Casting and Metallurgy ever since. Mr. Köser is in charge of the company’s innovative projects and services in the domain of casting and metallurgy. He has participated in several local and EU projects as partner and as Work Package Leader (IMPRESS, ISA-PESR, ISA-Chattfree, VANCAST-SIM, COLTS, EXOMET, AMAZE, EMUSIC) and authored several publications, mainly in modeling of industrial casting processes, on the Cast Crash value chain, TiAl Centrifugal investment casting, and Modeling of Part ejection in High Pressure Die casting.

“I would like to thank my predecessor, David John Jarvis for his strong engagement for the creation of the Metallurgy Europe cluster. It is a great honor for me to be allowed to continue the activity of such a dynamic chairman,” says Ole Köser. “With the help of the team, we will further promote the dynamics of Metallurgy Europe to support the creation of new innovative approaches in the domain of Metallurgy. As the cluster is still in the initial phase, a strong focus will be on launching the first set of projects and planning the next.”

Within the EUREKA cluster, the new role of Mr. Köser will enable the creation of transnational projects aiming to create new and innovative metallic materials and products, develop advanced manufacturing processes, and promote academic research across Europe. Involved from the beginning in the cluster activities as a member of the industrial steering committee and as a founding member, Ole Köser has a good knowledge of what is required to take on his new role as chairman.

For more information about his nomination, please visit: www.eurekanetwork.org/content/new-chairman-metallurgy-europe-ole-koeser

ESI Group is a leading innovator in Virtual Prototyping software and services. Specialist in material physics, ESI has developed a unique proficiency in helping industrial manufacturers replace physical prototypes by virtual prototypes, allowing them to virtually manufacture, assemble, test and pre-certify their future products. Coupled with the latest technologies, Virtual Prototyping is now anchored in the wider concept of the Product Performance Lifecycle™, which addresses the operational performance of a product during its entire lifecycle, from launch to disposal. The creation of a Hybrid Twin™, leveraging simulation, physics and data analytics, enables manufacturers to deliver smarter and connected products, to predict product performance and to anticipate maintenance needs.