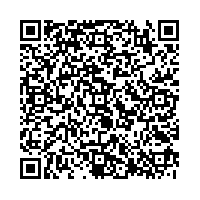 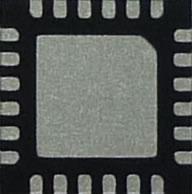 (PresseBox) ( Munich, 17-11-09 )
Seiko Epson Corporation (TSE: 6724, "Epson") has begun shipping samples of the S1C17M20, a low-power 16-bit microcontroller unit (MCU) with on-chip flash memory. This new MCU is ideal for a wide range of applications, from small home appliances such as toasters to switches in factory automation equipment. Epson has also begun shipping samples of other products in the series, including the S1C17M21, S1C17M22, S1C17M23, S1C17M24, and S1C17M25. Epson plans to produce 200,000 units per month of each model.

Epson's 16-bit microcontrollers with built-in Flash memory have proved to be a popular choice not only for small home applications but for mobile devices owing to their exceptionally low power consumption. Epson has been expanding and enhancing its S1C17 family of MCUs, and in June of 2017 began volume production of the S1C17M3 series, which support operating voltages from 1.8 V to 5.5 V.

The amount of information that home appliance MCUs have to process has proliferated as the number of appliances features has grown in recent years. This trend has driven demand for smaller, faster MCUs.

In addition, all but the power circuit, oscillator, and reset pins are user-settable general-purpose input/output (GPIO) pins. This new series of Epson MCUs will help customers to add functionality while making their products smaller.

Epson is committed to helping its customers improve the performance of their products with solutions that leverage Epson's efficient, compact, and precision technologies.

* A method of attaching chips to printed circuit boards (PCB) by passing the bottom surface of the PCB over a wave of molten solder.

Epson is a global technology leader dedicated to connecting people, things and information with its original efficient, compact and precision technologies. With a lineup that ranges from inkjet printers and digital printing systems to 3LCD projectors, smart glasses, sensing systems and industrial robots, the company is focused on driving innovations and exceeding customer expectations in inkjet, visual communications, wearables and robotics.

Led by the Japan-based Seiko Epson Corporation, the Epson Group comprises more than 80,000 employees in 86 companies around the world, and is proud of its contributions to the communities in which it operates and its ongoing efforts to reduce environmental impacts. http://global.epson.com/