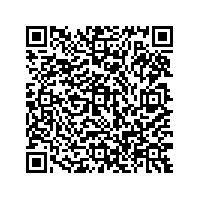 Solarstromsysteme GmbH has received a commission to construct a highperformance photovoltaic system on the roof of the new UNEP office building in Nairobi, Kenya. This modern building is scheduled to be completed by December 2010, after which it will be supplied with clean and emission-free power from the largest solar power system in Africa.

Over 1,000 people will already be working in UNEP's new office complex when the Environment Ministers of all the nations of the world meet in Nairobi in February 2011. The employees of the UN's environmental organisation will have the most modern facilities in the areas of lighting, cooling and communication at their disposal. Energy efficient technology is a large part of this as the building's electrical power will be supplied by its own photovoltaic power plant. More precisely: It is anticipated that the rooftop solar system will provide the exact amount of energy required for building operations over the course of one year.

The first energy-neutral building in Africa

The new office complex in Nairobi will be the first energy-neutral building on the African continent according to UNEP. "In order to achieve this goal, the rooftop solar power plant was designed for a total output of 515 kilowatts peak (kWp). By way of comparison, this is enough power to meet the needs of over 150 European households," says Project Leader, Bernd Wolff.

Under Energiebau's leadership, a German/African team is currently working on the groundbreaking project. The German manufacturers and Energiebau partners, SCHOTT Solar and SMA Solar Technology AG, as well as the Japanese company KANEKA, are supplying individual system components. Energiebau has been active on the African continent since 1994. Since then, the company has been constructing high-quality solar power systems in cooperation with private, religious and governmental project partners.