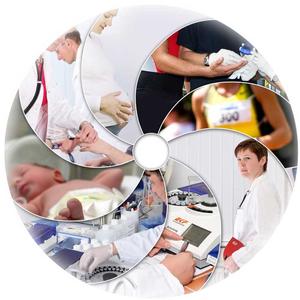 (PresseBox) ( Barleben, 08-06-09 )
Everybody knows famous stories about big companies, founded in a small garage. But such success stories can also been told in Germany. Especially in the former GDR in 1990, the engineer Berthold Walter launched with a few partners the company EKF. This name consists the first three letters of the German words "Entwicklung, Konstruktion und Fertigung" (development, construction and production). Its main business was focused to industry electronics.

Six years later EKF built their own premises in Barleben close to Magdeburg and was renamed to "EKF-diagnostic GmbH" in 2000 caused by intensified activities in the medical business. Today, with over 120 employees and additional branches, the EKF Group is a leading manufacturer of innovative lab analyzers and medical devices - and the increase of its profit has reached double figures in the past years determined to further expansion.

"We are very well established with our popular device series and we are in act to strengthen the existing market position with additional, own product developments", explains the founder and CEO Berthold Walter. In 2008 this includes an investment about 9 Million EUR for the general enlargement of the company and for the set up of new production line for test strips and HbA1c systems.

With its additional engagement in POC diagnostic EKF created an additional main pillar and will further extend consistently this business. First steps in this market with analyzers for lactate and haemoglobin were very successful, and new technologies as well as innovative design concepts promise good prospects for the future. Therefore, the long-term product development shall be combined with a conclusion of the EKF-Group to a holding, as announced by Berthold Walter: "Speaking with investors during the next months, we're looking forward to company's transit to a PLC, checking options for an initial public offer (IPO) in three or four years latest. It's our target to be one of the market leaders in POC diagnostics not only in Europe but worldwide."

EKF-diagnostic GmbH is a worldwide established German manufacturer of automatic glucose, lactate, hemoglobin and hematocrit analysers and meters for laboratory and POC. EKF was founded in 1990 and has great experience in medical and sports field.Our target is to bring high quality products that use newest technology to the customer - from single microcuvette up to complex but easy to handle analyser.