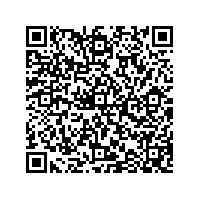 On December 23, 2011, a German appeals court concluded that the Durst utility model is not valid and is not enforceable. A utility model is an intellectual property right that protects inventions, similar to a U.S. patent. Durst filed suit against EFI on the utility model in 2007. From the outset, EFI maintained that the technology had been in use well before Durst's utility model was issued. A German trial court agreed with EFI in 2009, and, on Friday, the appeals court did too, confirming that Durst's claimed invention is not novel.

"We are pleased with the decision by the German appeals court," said EFI's General Counsel, Bryan Ko. "Unfortunately, Durst seems intent on wasting resources bringing baseless lawsuits instead of letting customers choose between our products based on innovation and value. While we hope not to face such unfounded accusations again, EFI will continue to vigorously defend ourselves and will seek to protect our innovation and proprietary rights."

With a large portfolio of superwide format digital inkjet printers and the grand-format UV printer placements, EFI will continue to bring its innovative printers, inks, and software solutions to customers around the world.