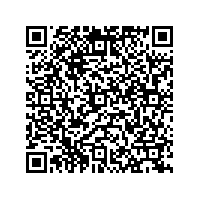 This year has seen substantial changes in British immigration law, and there is more in the pipeline. In this article we examine the changes so far and explain their implications

(PresseBox) ( Berlin, 19-10-14 )
The major changes include the full implementation of the EU Settlement Scheme, new visa routes for start-ups and innovators, and crucial updates to the Tier 2 shortage occupation list. The new Prime Minister Boris Johnson has entered the fray on a promise to deliver Brexit by 31st October, 2019, claiming Australia and their “points-based system” is the model to follow.

The scheme fully opened in March, 2019, and so far 900,000 people have applied. There were teething problems such as the Government’s “EU Exit” app not working on iPhones but this has now been resolved.

It is also still unclear how many people are in the UK who need to apply by the deadline. It is estimated there are approximately 3.7 million EU nationals in the UK, but these figures do not necessarily include non-EU family members who are also required to apply under the scheme.

The Innovator Route which replaces the Tier 1 (Entrepreneur) category was launched at the end of March, 2019. The route seeks to attract experienced foreign entrepreneurs who are bringing or setting up an “innovative, viable and scalable” business in the UK. Applicants will need at least £50,000 capital and, crucially, an endorsement from one of the approved endorsing bodies which are mostly tech incubators and business accelerators.

These endorsing bodies often require applicants to join their programmes and take a percentage of the equity of the company in exchange for mentoring. The thinking behind the scheme is that it relieves the Home Office of the burden of assessing the merits of a proposed business, for which they are not necessarily the best equipped.

One issue that has arisen is that a number of endorsing bodies require attendance of applicants in person on the programme prior to offering endorsement, effectively closing the route off to entrepreneurs still trying to secure their visa to enter the UK.

The Home Office maintains a “Shortage Occupation List” containing job roles deemed to be in short supply in the UK. Employers who wish to sponsor highly skilled migrants in these jobs benefit from not having to do the resident labour market test to prove there are no suitable domestic workers to fill the role. Applicants in this category are also given priority over other applicants and do not have to meet minimum salary thresholds required for settlement.

It has been some years since the list was updated, but the Migrant Advisory Committee (MAC) which advises the Government on immigration has recommended the list be expanded from covering 1% of UK jobs to 9%, equating to about 2.5 million workers. The changes will take effect from between September and December 2019, with software developers, web designers, health workers and architects being added to the list.

At present the number of Tier 2 visas is still capped at 20,700 per year, and the expansion of the Shortage Occupation List does not increase this quota, although the cap is expected to be scrapped in future in line with other MAC recommendations.

The phrase “an Australian style points-based system” has become a common term used by politicians including Boris Johnson when speaking about the future of the UK immigration system. The perceived advantage of such as system is that it facilitates only the most desirable migrants based on criteria such as academic qualifications, language proficiency, age and skilled overseas experience.

The term “points-based system” can be confusing, since part 6A of the current UK immigration system which governs entrepreneurs, skilled workers, students and temporary workers is also called “the points-based system”. Part 6A is very different from what is commonly thought of as the “Australian system” as it is mainly employer driven, with applicants requiring sponsorship by a licenced employer under Tiers 2, 4 and 5.

The “skilled independent” route in Australia by contrast does not require the migrant to be tied to any particular employer. Applicants are scored on their attributes and it is perceived that they will enter skilled work by virtue of their desirable qualities.

Immigration lawyers in the UK will view this lauding of the Australian system with a sense of déja-vu, given that the old Tier 1 (General) and its predecessor, the Highly Skilled Migrant Programme, operated in a similar way in the mid-2000’s. Past criticism of those now defunct categories was that migrants often found themselves in low skilled occupations or even unemployed.

We at Ecovis suspect that the direction the future system takes will depend on the economic needs of the country in the wake of Brexit. Businesses currently reliant on EU workers are fearful that the current £30,000 salary threshold required for a Tier 2 visa will be prohibitive to hiring overseas workers once free movement rights end.

A route allowing skilled migrants to work in the UK without sponsorship could potentially offset this, but it depends on how the rules are drafted and is hardly a new idea.