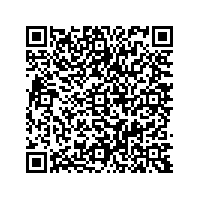 Simplification of jurisdictional provisions and increased role for attorneys-at-law.

(PresseBox) ( Berlin, 14-06-05 )
On December 19, 2013, the Parliament of Latvia adopted changes to the Latvian Civil Procedure Law (Civilprocesa likums, CPL). The amendments took effect on January 4, 2014. While the number of amended articles is not large, the amendments significantly change the rules of civil litigation in Latvia.

This distinction was justified by the argument that regional courts, as highly qualified and more experienced, should deal in the first instance with cases of particular importance or complexity. Such an argument seems valid in light of other areas which remain under the jurisdiction of regional courts, such as cases where the title to real estate is disputed, cases regarding insolvency and liquidation of banks and other credit institutions, or cases regarding the infringement of trademarks, patents or indications of geographical origin2. However, that argument appears insufficient to justify the jurisdiction of regional courts as first instance courts over the cases where the amount of a claim exceeds a particular sum. In recent years this argument was criticized by several legal scholars and practitioners – including the author of the present paper.

Finally, the critics were successful, and now all cases – unless they fall under the competence of regional courts on other specific grounds – are subject to the jurisdiction of city (district) courts irrespective of the amount of a claim. However, the


Making the Latvian court system clearer
It should be emphasized that the implemented amendments do not seem final in this respect. The government has made clear its intention to completely remove the competence of regional courts over litigation in the first instance, thus making the Latvian court system clearer both for foreign investors and for citizens and legal entities of Latvia.

Increased role for attorneys-at-law
Due to the recent amendments natural persons are allowed to be represented for the cassation procedure at the Supreme Court only by themselves or by professional attorneys-at-law (zvērināts advokāts), not by someone with a power of attorney.

1 As this provision was valid until the beginning of January 2014, the amount of a claim was expressed by law only in Latvian Lats, at that time the official currency.

2 Cases regarding infringement of patents, trademarks and indications of geographical origin, as well of annulment of the registered rights thereof fall under the exclusive jurisdiction of the Riga regional court; the four other regional courts (Kurzeme, Zemgale, Vidzeme and Latgale) do not deal with such cases.
cases with a claim of a certain amount and initiated before January 4, 2014, will be examined and judgments given by regional courts.

The name Ecovis, a combination of the terms economy and vision, express both its international character and its focus on the future and growth.