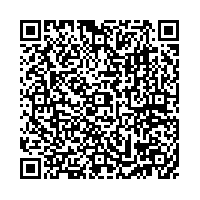 ECOVIS International furthers its Worldwide Presence in Malaysia. ECOVIS AHL is Country No. 50

Ecovis can enlarge its international number of offices by the exclusive partner in Malaysia.

(PresseBox) ( Berlin, 12-07-12 )
Ecovis, a leading consulting firm for small- and medium-sized companies is now present in 50 countries. This strengthens the international network for Ecovis worldwide. International clients can therefor rely on the country-specific expertise that is given by each partner firm in each country.

ECOVIS AHL was established in 1999 by Mr Lim Aik Hoe and provides services in the fields of auditing & assurance services, tax consultancy, accounting and business advisory to their clients. Throughout the past 13 years AHL has grown from a relatively small firm to a company employing around 100 professionals. ECOVIS AHL has their main office in Kuala Lumpur, the capital, and another office in Johor Bahru, the southernmost city. Their clientele includes small and medium enterprises, multinational companies and Public Listed Companies (PLC).

Malaysia is the fourth Ecovis country in the growth region of Southeast Asia following Singapore, Indonesia and Vietnam. The country achieved independence in 1957; the Federation of Malaysia was established in 1963 and consists of 13 states and 3 federal territories with a multi-ethnic and multi-cultural population of about 28 million. Since its foundation Malaysia has enjoyed substantial success in reducing the rate of poverty and accelerating growth while maintaining a democratic political system.

With GDP growing on average 6.5% annually Malaysia, a newly industrialized market economy of Malaysia, has one of the best economic records in Asia. In 2010 the GDP was USD 414 billion, representing the 3rd largest economy in ASEAN and the 29th largest in the world.

Malaysia’s economic rise started in the 1970s, when the predominantly mining and agriculture based economy began a transition towards a more multi-sector economy. Since the 1980s the industrial sector has led the country’s growth. However, Malaysia is still an exporter of natural and agricultural resources like petroleum, tin, rubber and palm oil. In order to diversify the economy and make the country less dependent on exported goods, the government has promoted the tourism sector which now is the third largest source of income from foreign exchange.

Thus Malaysia in the 21st century is confident in its economic achievements and aspires to be a leader amongst Asian nations. Its Economic Transformation Program
unveiled in 2010 is aiming at doubling the per capita income by 2020 and transforming Malaysia into a globally competitive, developed economy.

For more information about ECOVIS AHL please visit their website http://www.ahl.com.my. Soon you will find detailed information on the ECOVIS websites too.

Ecovis is a leading global consulting firm with its origins in Continental Europe. It has over 3,800 people operating in over 43 countries. Its consulting focus and core competencies lie in the areas of tax consultation, accounting, auditing and legal advice.
The particular strength of Ecovis is the combination of personal advice at a local level with the general expertise of an international and interdisciplinary network of professionals. Every Ecovis office can rely on qualified specialists in the back offices as well as on the specific industrial or national know-how of all the Ecovis experts worldwide. This diversified expertise provides clients with effective support, especially in the fields of international transactions and investments - from preparation in the client's home country to support in the target country.
In its consulting work Ecovis concentrates mainly on mid-sized firms. Both nationally and internationally, its one-stop-shop concept ensures all-round support in legal, fiscal, managerial and administrative issues.
The name Ecovis, a combination of the terms economy and vision, expresses both its international character and its focus on the future and growth.
www.ecovis.com