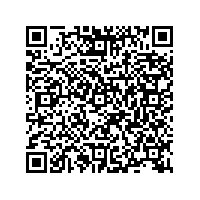 In China, transactions in cryptocurrencies are heavily regulated / Ashley Tian of Ecovis, Beijing, explains the limitations and effects in this article

Prior to 2017, China had the world’s largest cryptocurrency market - with 80% of bitcoin, the world’s leading digital coin.1

In July, 2018, the Central Bank of China stated that banning the domestic cryptocurrency had been highly effective, with only 1% crypto-trade activity involving yuan.2

Despite this, China has many examples of prominence in the blockchain industry as the largest cryptocurrency exchange platforms. Moreover, the world’s biggest maker of cryptocurrency mining rigs is a Chinese firm.

The lack of an authority charged with regulating domestic cryptocurrency platforms and cross-border payments, the involved anonymity and volatility, were critical factors prompting the governmental clampdown, according to Academia.3

China does not recognise cryptocurrency as legal tender. Since 2013, governmental regulations have aimed at restricting the trade to improve investor protection and financial security. Domestic cryptocurrency platforms and coin offerings have been banned and related events discouraged.

There is currently no legislation regulating cryptocurrency, but the 2013 governmental circular on bitcoin states that, since it is not issued by a monetary authority nor have the traditional characteristics of fiat currency, it is recognised as a virtual commodity.4

The 2013 government notice also barred any financial institutions from trading in bitcoin, while restricting any insurance services.

The official reply by the state administration of taxation on paying taxes on income stemming from cryptocurrency trading is that the income derived by individuals trading in cryptocurrency with others at a mark-up shall be the taxable income for individual income tax, by computing it under the heading “property transfer income”.

The original price of the virtual currency sold by individuals shall be equal to the price for purchasing that virtual currency over the internet plus relevant tax and fee. At ECOVIS Beijing our international team of experts can provide you with legal and financial counsel on crypto-related topics.