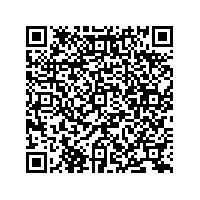 (PresseBox) ( Berlin, 17-08-17 )
If you are a foreign investor in China, we have got good news for you. And if you are not, it is time to think about expanding. The new negative list allows foreign businesses greater access to Chinese market.

Since 2010, China’s economy has been slowing. In 2013, to turn the tide, China started testing a new economic policy in its Shanghai Pilot Free Trade Zone (SPFTZ). Four years later, the economy has begun to rebound, in part due to the SPFTZ. This zone flips the normal rules: instead of confining foreign investment to a short list of approved sectors, foreign trade is restricted or banned from a very long list ("negative list") of protected industries. Each year, the list is shortened.

But this year, in a bold move, China is taking its experimental policy nationwide. This new economic policy doubles the market volume available to foreigners. Venture capitalists can now operate almost unrestrainedly in over 20 new territories and zones, together roughly 51.11% of China’s GDP (gross domestic product). That is an increase of $5.725 trillion, or a little over 7% of the global market.

Beginning on the 28th July 2017, these changes go live in the rest of China. As long as your prospective business is not on the government’s 63-item list, you are in the clear. If your business is on that list, it might be restricted or prohibited outright, according to Richard Hoffmann, our Ecovis expert in China.

The emphasis here is clearly on alternative energy and e-mobility. This is great news for Norway, which leads the world in electric vehicle (EV) use per capita, and rather bad news for Tesla, the battery cost-cutting initiative of which began only last year. Growth in the rare and precious metal sector, with particular emphasis on lithium ore, will likewise support a move toward EV production.

Some additions have been made to the encouraged category, too, including virtual reality and augmented reality devices, the construction of hydrogen refueling stations, and the production of 3D printing equipment. Meanwhile, foreigners have been banned from starting businesses in aerial photography and book publishing. In short, foreign investments in the alternative energies, e-mobility, and mining are about to see a veritable Chinese renaissance.

Ecovis is a leading global consulting firm with its origins in Continental Europe. It has over 5,000 people operating in over 60 countries. Its consulting focus and core competencies lie in the areas of tax consultation, accounting, auditing and legal advice.