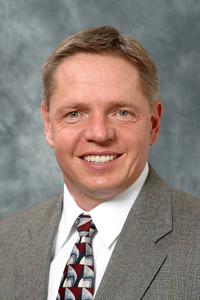 (PresseBox) ( Detroit, 08-02-13 )
Compuware Corporation (NASDAQ: CPWR) today announced that the company has promoted Robert C. Paul to the position of President and Chief Operating Officer, effective April 1, 2008. Prior to this promotion, Paul was President and Chief Operating Officer of Compuware Covisint. In his new role, reporting directly to Chairman and CEO Peter Karmanos, Jr., Paul will lead the company’s worldwide products and services operations, the organization’s transformational Compuware 2.0 initiative and a number of other key functions, such as product management, marketing and communications, technical sales support, and recruiting, training and career development.

"Bob has the vision, the passion and the leadership skills to ensure Compuware maximizes the performance of its sales and services teams," said Compuware Chairman and CEO Peter Karmanos, Jr. "Working closely with Compuware’s highly experienced leaders, Bob will drive the company’s revenue growth and increase its profitability by making Compuware the partner of choice for customers around the globe and the employer of choice for the finest sales, technical and other professionals in the industry."

Additionally, Compuware announced today that the company has hired Tanya Heidelberg-Yopp as Vice President and Special Assistant to the COO, reporting directly to Paul. Heidelberg-Yopp brings a fresh, creative and strategic approach to Compuware after years of legal and business leadership roles for MTV Networks, Diversified Entertainment and Motown Center.

Compuware also announced today that the company has named David McGuffie to the position of President, Compuware Covisint. McGuffie will be responsible for accelerating Covisint’s revenue growth. McGuffie also will report to Paul.

"This is an incredible time at Compuware," said Paul. "The company’s sales and services teams have all of the technology and tools they need to deliver growth in revenue and earnings, and I’m honored to have this opportunity to lead them in doing so. I’m also excited to work with Senior Vice President and Chief Communications Officer Jason Vines on the company’s Compuware 2.0 initiative. This company and its people have an amazing story to tell about our dedication to relentlessly working together to provide excellence for customers around the world."

Karmanos said the global roll-out of Compuware 2.0 will begin with Paul’s appointment. "Bob has been working diligently throughout the enterprise over the past few months to make certain that Compuware 2.0 has a running start," said Karmanos. "The Board is completely behind his strategic vision for Compuware. One of the first orders of business is to create an organizational structure that is aligned to that vision. That is what we are announcing today."

Paul came to Compuware in March of 2004 as a result of the company’s acquisition of Covisint. Since that time, he has guided Covisint to remarkable revenue growth and significant expansion in a number of vertical industries. Paul joined Covisint in October of 2001, playing a key role in the company’s restructuring. Today, more than 45,000 organizations worldwide in automotive, manufacturing, health care, public sector and financial services use Covisint, the world’s largest and most secure on-demand infrastructure for secure collaboration. In addition to Paul, four other Compuware executives will report to CEO Karmanos: Laura Fournier, Executive Vice President and CFO, in charge of Finance, Human Resources and Legal; Chris Bockhausen, Chief Information Officer; Denise Starr, Chief Administrative Officer; and Andrew Hittle, Vice President of the Business Transformation Team.

Compuware Corporation (NASDAQ: CPWR) maximizes the value IT brings to the business by helping CIOs more effectively manage the business of IT. Compuware solutions accelerate the development, improve the quality and enhance the performance of critical business systems while enabling CIOs to align and govern the entire IT portfolio, increasing efficiency, cost control and employee productivity throughout the IT organization. Founded in 1973, Compuware serves the world's leading IT organizations, including more than 90 percent of the Fortune 100 companies. Learn more about Compuware at http://www.compuware.com/.