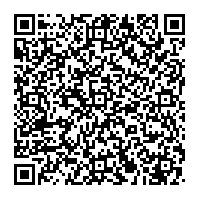 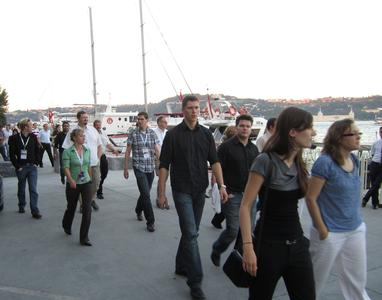 (PresseBox) ( Düsseldorf, 10-10-12 )
This year, 26 young professionals from 13 scientific establishments were able to take part in the Annual Assembly of IIW - International Institute of Welding on July 11 17, 2010. A promotion programme of DVS - German Welding Society for young academics allowed the up-and-coming scientists to participate in the "63rd Annual Assembly and International Conference on Advances in Welding Science and Technology for Construction, Energy and Transportation Systems 2010".

Introducing young engineers to the diverse work of IIW and making it possible for them to collaborate in the international bodies at an early stage - DVS wants to implement this objective with its support. In addition, the society would also like to promote international contacts amongst the up-and-coming generation. For this purpose, IIW reduced the participation fees for young professionals for the annual assembly and the conference on the initiative of DVS for the first time in 2010. The idea of binding young scientists to IIW via the national societies met with general approval. Thus, other IIW member countries are also being given the incentive to promote young engineers.

So that the young professionals can extend the international contacts in a sustainable way, DVS would like to promote them over a period of three to four years. Therefore, four of the up-and-coming scientists were already involved in the assembly in Singapore in 2009. Next year, the young professionals will once again be supported at the 64th Annual Assembly of IIW in Chennai in India. They will take part in meetings of the various technical commissions and in the subsequent international conference. In this respect, they will be present not only as passive listeners - this year, the up-and-coming researchers already introduced 22 research projects in the commissions and three at the conference. Thereafter, the body proposed that a few of the lectures should be published in the international "Welding in the World" trade journal.

For the choice of new participants, DVS cooperates with selected universities which offer the research field of joining technology. The young scientists see the support as a challenge and a chance. The assembly participant Felix Möller from the Bremen Institute for Applied Beam Technology (BIAS) sums up the advantages of the promotion programme of DVS in his experience report: "As a young professional, I think that it is very profitable to be allowed to present your work, your institute and, not least, your country on an internationally acknowledged stage such as that of IIW. Conferences like this promote not only the scientific transfer between the countries but certainly also the intercultural relationships between the participants and motivate them to take part even more intensively in the cooperative work in welding technology."