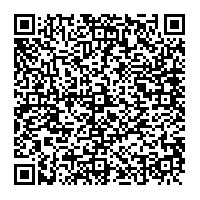 A lot of visitors and no end of prizes: ITSC 2014 was convincing across the board 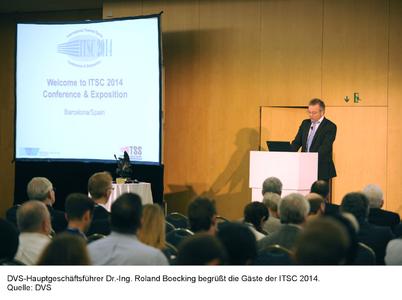 (PresseBox) ( Barcelona/Düsseldorf, 14-06-25 )
"Not Fiction: Thermal Spray the Key Technology in Modern Life!" was the core message of this year's International Thermal Spray Conference and Exposition (ITSC) which took place in Barcelona on May 21 - 23. The success of the event is not fiction either because it can be proven in an impressive way on the basis of figures: 500 participants travelled to the Spanish metropolis for the congress and 400 visitors were counted at the exposition which took place in parallel and at which over 50 companies in the sector provided information about their products. The technical-scientific discussions and conversations which resulted from the numerous specialist lectures within the framework of the three-day conference may also be registered as a success. The subjects addressed there included the newest developments in the field of thermal spraying as well as still existing technological needs.

Not only DVS - German Welding Society and ASM Thermal Spray Society as the organisers but also Messe Essen GmbH as the company staging the exposition are therefore making an absolutely positive assessment of ITSC 2014.

Various renowned prizes and awards which were conferred during the three-day event provided ITSC 2014 with additional splendour. During the opening ceremony for ITSC, the honours started with the induction of Mitch Dorfman, Fellow of ASM and Fellow of the Sulzer Metco company, into the Thermal Spray Hall of Fame. This mark of distinction was justified by Dorfman's innovations for the utilisation of thermal spraying in turbine construction, his exceptional industrial and non-profit-making contributions as well as his particular commitment to the promotion of the next generation in spraying technology.

From a German viewpoint, quite a few experts and one company were able to be pleased about a mark of distinction. For example, Rhein-Ruhr Beschichtungs-Service GmbH from Rheinberg received the internationally renowned "René Wasserman Award 2014" from Christopher Wasserman, President of TeroLab Surface Group SA, Lausanne/Switzerland. Every three years when ITSC takes place in Europe, the "René Wasserman Award" which is endowed with 10,000 Swiss Franks is presented to an innovative company from the field of "thermal spraying" which must meet various economic and social criteria.

Furthermore, Alexander List from TuTech Innovation GmbH in Hamburg was convincing with his contribution entitled "Cold spraying of amorphous Cu50Zr50 alloys" during the series of lectures delivered by young professionals. For this, he received the Sulzer Metco Young Professionals Award which, amongst other benefits, includes the invitation to visit one of Sulzer Metco's registered offices. The presentation ceremony took place within the framework of the banquet on the second day. During that evening, Dr.-Ing. Sven Hartmann, Technical Director of obz innovation gmbh, also received the Plaque of Honour of the Standards Committee for Welding and Allied Processes (NAS) from the hands of Dr.-Ing. Bärbel Schambach, General Manager of NAS in DIN.

The next ITSC will take place in Long Beach, California/USA on May 11 - 14, 2015. Then, ASM will bear the main responsibility for staging the "International Thermal Spray Conference & Exposition". Even now, we may already look forward with bated breath to the programme and to the technological innovations emerging in the sector by then.

Recommend A lot of visitors and no end of prizes: ITSC 2014 was convincing across the board press release