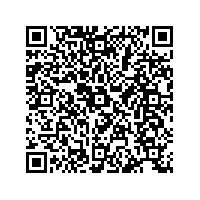 (PresseBox) ( Herrsching, Germany, 03-06-17 )
The Digital Cinema Playback System (DCPS) developed by IRIDAS, a leading developer of digital playback software for the film and broadcast industry, is being used to add a whole new element to theatre – 3D projection. DCPS was selected to provide digital 3D film sequences as part of the latest touring production of Andrew Lloyd Weber’s Starlight Express. The project is a collaboration with London-based Inition, a systems integrator and solution provider for stereoscopic 3D graphics and immersive virtual reality.

Taking it on the road
The use of DCPS with DVC's ScreenDisk Playout Server solves the problem of taking an elaborate production on the road – without loosing the dramatic impact of the original in which roller skating performers careened through the audience. Integrating 3D film sequences into the touring production achieves the same sense of audience immersion without having to extensively refit the theatres it is playing in.

“IRIDAS was indispensable,” said Inition co-founder and director Andy Millns. “We were working under a terribly tight timeline, but they got their software installed on a ScreenDisk in days and the whole thing was up and running within a week.” “This is just the beginning,” said IRIDAS CEO Lin Kayser, “when people see how impressive full resolution 3D projection is - and realize how cost effective digital solutions can be - you’re going to see this technology everywhere, not just in entertainment, but also in museums, corporate presentations, research, training, and the list goes on.”

Starlight Express opened at the Grand Casino in Biloxi, Mississippi on April 1, 2003 and played in Houston in May. The tour continues at the Fox Theater in Atlanta, June 10 - 22. The Digital Cinema ScreenDisk with DCPS is available from DVC GmbH. For more information please contact info@digitalvideo.de or phone +49(0) 8152 – 93010. DVC GmbH presents a 3D Cinema application with DCPS 3D and ScreenDisk at the Kinoton/ DVC Open-House Event on July 8th and 9th 2003 in Germering (near Munich). For registration please e-mail us to: info@digitalvideo.de.

About Inition
Inition provides innovative graphics solutions for its clients including immersive virtual reality, stereoscopic projection systems, stereoscopic video production, and hardware integration. The company ha a proven industry track record an is constantly redefining and expanding the state of the art. It has clients in the entertainment, medical simulations and corporate communications industries including Barclays Bank Plc, Mitsubishi, Guinnes UDV, Amersham Plc, The University of Oxford and a long list of research facilities. Inition was founded in 2001 and is a privately held partnership with headquaters in London, England.

About IRIDAS
Based in Munich, Germany, IRIDAS Digital Interaction Design is a leading provider of software-based digital media playback solutions for the global film and broadcasting industry. Its FrameCycler products are used by major animation and post-production houses including ESC Entertainment, Digital Domain, Warner Bros. Feature Animation, Jim Henson's Creature Shop™, as well as by freelance digital artists. IRIDAS was founded in 2000 and is an independent, privately held company.

About DVC
DVC Digitalvideo Computing GmbH, the European Distributor for IRIDAS has been producing and selling integrated system solutions for the film post-production, digital video and HDTV markets since 1990. It has an international distribution network for products of HDTV/Digital video, desktop video, broadcasting, and streaming media products with resellers in Germany, France, Italy, Finland, Great Britain, The Netherlands, Austria, and Spain. DVC is based in Herrsching, in southern Germany.