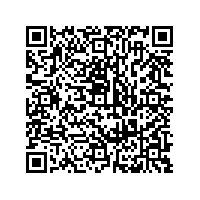 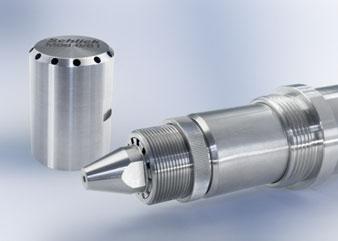 (PresseBox) ( Untersiemau/Coburg, 10-05-11 )
For decades, Düsen-Schlick has been supplying systems manufacturers and cigarette producers with processoptimised atomisation technology. Moistening and flavouring are core processes in the primary stage of tobacco processing. These are ultimately responsible for the flavour and quality of the final product. Properly measuring flavouring additives and uniformly moistening leaves and ribs ensure optimum cutting and drying properties. This also creates benefits for the downstream (secondary) stage of cigarette production. The addition of water is necessary because unprocessed tobacco has a water content of approximately 12% and as such is very brittle. Water is added to the tobacco leaves (Orient, Virginia or Burley) using nozzle technology in conditioning drums or on conveyor belts. A water content of approximately 18 to 22% has proven expedient for the application of flavouring in the next processing stage. Every variety of tobacco has different absorption properties, which are influenced by the drying process after harvesting. This means that an appropriate spray preparation with fine droplets is necessary due to the sometimes poor absorptive capacity of tobacco leaves. This process is known as "loading". It is undesirable for the tobacco to agglomerate and stick together during this process. The different properties of the individual types of casing and/or flavouring mean that the nozzle system must be capable of reacting flexibly to changes in viscosity and flow rate and must ensure a high level of process reliability in the continuous flow of production.

The type of nozzle used for casing, moistening and flavouring determines the process result. Increasing automation makes it essential for production processes to be increasingly problemfree and economical.Normally, multiplesubstance nozzles are used for this process. In the atomisation process, the drop collective must be applied homogeneously and finely enough to avoid overmoistened clusters.In the past, too little importance was placed on the precise design of the nozzles in many production processes. However, purely nozzlerelated parameters like the necessary flow rate and the fineness of the atomisation are not enough these days to determine the nozzle parameters. The user has very specific requirements for the atomisation nozzles: they must have a hygienic design, i.e. contain a low number of dead spaces and threads and have clean passages and surfaces.Debris buildup or bearding in the front area of the nozzle may have an impact on the spray or may even block the nozzle. The spray with small, evenly reproducible drop size must be set flexibly to a particular drop size, in order to prevent excess moisture on the surface due to atomisation being too coarse.Further features include the option of altering the width and height of the spray jet formation (ellipse) and even distribution of liquid across the spray width. Based on these requirements, SCHLICK multiplesubstance nozzles have been developed which provide high operating security. In fact, it is often not even possible to intervene during the process with the result that a poor spraying pattern or a blockage of the nozzle due to caking may lead to the loss of the entire batch.

However, as the size of the drop is only part of the assessment of a nozzle, it is crucial that other relevant criteria are also included in the evaluation. Schlick uses a dynamic drop measuring device (dual PDA= Phase-Doppler Anemometry) for this purpose. The evaluation of a spray includes drop size, drop speed and volume current density. Atomisation technology is a discipline of mechanical process engineering and deals with the fragmentation of liquids or dispersions into fine drops. The aim of this often is to greatly increase the free surface to benefit substance or heat exchange processes. An ideal spray consists only of drops with an equally large diameter. This is known as a monodisperse spray. A drop collective with equally sized individual drops can be easily calculated with regard to the entire surface. In contrast, drop collectives with a broader drop size distribution can only be calculated approximately at best. However, a purely monodisperse spray is very rarely achieved, whereas sprays with a narrow drop size distribution are feasible.

Requirements for the nozzle spray:

- small, even and reproducible drop size;
- flexible setting of the drop size;
- spray jet forming;
- spray impulse adjusted to the system design;
- even distribution of liquid across the spray width;
- change in the flow rate with consistent atomisation quality.

Basic principles of nozzle technology in the tobacco industry

A differentiation is generally made between multiplesubstance nozzles with internal and external mixing in terms of the location where the liquid and gas meet.

In externalmix systems, the liquid and the atomisation medium - mostly steam - are mixed together intensively shortly after leaving the front side. The outlet cone of the two-substance nozzle is positioned at approximately 30 to 40°. The separate feeding means that this nozzle technology is significantly less susceptible to blockages than pressure nozzles or two-substance nozzles with internal mixing. The desired drop size can be set individually via the mass ratio of steam to liquid. In order to navigate large liquid control ranges, it is imperative to integrate a preatomisation on the liquid side. This fluidically prevents blockages. As a result, a threeslotted swirl chamber was developed, which has a lower deflection angle in comparison with other liquid swirl chambers. The performance spectrum of two-substance nozzles with external mixing is between 1 and 2000 kg/h. The atomisation quality of the nozzle unquestionably decreases with an increasing flow rate. In spite of everything, drop sizes less than 200 ?m are possible through corresponding measures with the help of the preatomisation. Units with a liquidregulating needle are also an option in cases of major flow rate fluctuations.

Replacing the air cap with the patented interior mixing air cap reduces the drop speed to 45%. With the internalmix two-substance nozzle, the liquid also escapes from a centric hole, however, this time into a mixing chamber. A cone in the mixing chamber causes the liquid jet, which meets the cone tip centrally, to be distributed to a film which is broken down into drops by the swirled atomised air. The flanks of this cone contour end in the nozzle holes of the air cap. The holes are inclined according to the cone gradient, meaning that the remaining liquid is blown out in a defined manner and the loaded surface is larger. The performance range of the two-substance lances ranges from 10 to 2,000 l/h per single nozzle. The basic concept of the development was to change the geometry of the interior mixing zone. The aim was to achieve a more intensive mixing of atomisation steam and liquid by changing the geometry and particularly by avoiding installations susceptible to blockages. In this way it is possible to reduce the steam requirement of the nozzle whilst maintaining the same drop size, and therefore to reduce the penetrating power of the spray jet. In parallel to this, the spraying angle should also be greatly enlarged as a result of the arrangement of the holes.

SCHLICK three-substance nozzles make it possible to very finely atomise several liquids at the same time with one nozzle and only one atomisation medium (air, gas or steam). Intensive mixing of all the media takes place simultaneously upon leaving the nozzle orifice.

It is also possible to additionally charge a channel with air, gas or steam and thereby create a larger exchange surface between atomisation medium and liquid.There is no risk of reactions between the various liquids inside the nozzle, as the external mixing means that the media only meet at the nozzle exit.A fullcone spraying pattern is produced with the multiplesubstance nozzles.

As a result of casedependent design and under consideration of the decisive technical and economic influencing variables, the atomisation nozzles are individually adapted to the existing features.

Düsen-Schlick will help define the important parameters and develop a customised design.