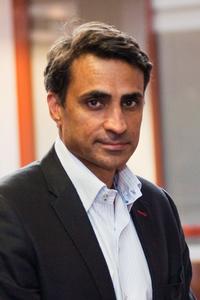 (PresseBox) ( Paris, London, 13-12-18 )
The 'EMEA Channel Academy: 2014 Awards' will take place in conjunction with DISTREE Europe, Middle East and Africa (EMEA), the region's leading annual event for the volume ICT and consumer electronics (CE) channel. The sixth annual awards will honour the region's leading retailers, distributors and vendors across 27 separate categories during a Gala Dinner taking place on February 13th 2014 in Monaco. The nomination and submission forms for all awards are now open.

Farouk Hemraj, CEO and Co-Founder at DISTREE Events, said: "We are delighted to host the 'EMEA Channel Academy: 2014 Awards' as part of DISTREE EMEA. During the last six years, the reputation of these awards has continued to grow. Using open and transparent nomination and voting processes, these are channel awards that actually mean something."

Thousands of pre-qualified e-tailer, retailer and distributor executives are invited to nominate their preferred vendors by category until January 8th 2014. The top brands by number of nominations will then proceed to the live electronic vote. All nomination forms received will be independently verified for eligibility using DISTREE Events' extensive channel database.

E-tailers, retailers and distributors can CLICK HERE to submit their VENDOR NOMINATIONS

DISTREE Events is inviting vendor executives with regional channel responsibility to nominate their preferred distributors by region. This process will be open until January 8th 2014 and all nomination forms received from vendors will be independently verified for eligibility using DISTREE Events' extensive channel database.

Vendors can CLICK HERE to submit their DISTRIBUTOR NOMINATIONS

Distributor nominations will then be combined with available data from channel tracking company CONTEXT's EMEA-wide second-tier ChannelWatch survey to determine the overall winner in each region. The two sets of data are combined using a parity system, meaning that vendor nominations and channel partner nominations both carry equal weight in the final calculation.

Hemraj added: "The inclusion of ChannelWatch data in the voting process for distributor categories is strategically important. It means that the awards are canvassing the opinion of both upstream and downstream partners of EMEA's top distributors, giving the results even greater credibility and legitimacy. I would recommend all volume distributors invite their channel customer base to participate in the CONTEXT ChannelWatch survey."

The VIP Jury will also meet before the Gala Dinner on February 13th to determine the winner of two special awards, based on business performance during the last 12 months. These two awards, which will be determined solely by the VIP Jury, are: European ICT & CE Retailer of the Year, and Emerging Vendor of the Year. Full details on all of the 'EMEA Channel Academy: 2014 Awards' can be found at www.channelacademyawards.com

DISTREE Events specialises in the planning, organisation, staging and management of ICT & CE channel events. DISTREE Events is a Paris−based company owned by Infopro Digital. The team at DISTREE Events has successfully organised such events for the past decade, gathering more than 10,000 senior executives from 80 countries during that time. DISTREE Events spans the entire EMEA region, Asia-Pacific and Latin America with employees based in Paris, Dubai, Moscow, London, Singapore and Latin America. For more information, visit www.distree.com or follow us on Twitter