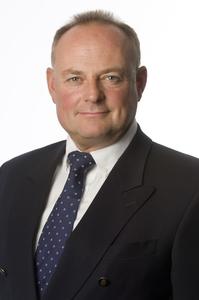 Andrew Buxton, Director of Sales Component Channel and Regional OEMs EMEA at AMD, has been inducted into the EMEA Channel Academy Hall of Fame. The announcement was made during the 'EMEA Channel Academy: 2014 Awards' held in Monaco on February 13th, in conjunction with regional channel event DISTREE EMEA.

Farouk Hemraj, CEO and Co-Founder at DISTREE Events, said: "Inductees into the EMEA Channel Academy Hall of Fame are selected by a VIP Jury of senior channel executives. By conferring this status on Andrew Buxton, the VIP Jury recognised his channel achievements in EMEA during the last two decades and his long-term commitment to AMD."

The EMEA Channel Academy Hall of Fame has been established as an exclusive group of senior channel executives recognised for their long-term contribution to the growth and development of technology and consumer electronics routes-to-market across the region.

"I am incredibly honoured to receive this prestigious award and have my long and fulfilling career in the component channel at AMD recognised by such a widely respected organisation as DISTREE," commented Buxton. "The channel business has been a cornerstone of AMD's success. This market remains one of the most vibrant in the IT industry, particularly in the EMEA region, driven by innovation and creativity, and I look forward to participating in the Hall of Fame and watching as our industry continues to evolve."

In his current role at AMD, Andrew is responsible for growing AMD's revenue share in the components channel and with regional OEMs for both AMD's microprocessors and graphics products groups.

Andrew has a technical engineering background and has spent more than 28 years at AMD in various professional sales, business and management roles. In his previous role, he was responsible for managing the AMD channel distribution strategy and ensuring that all the business groups within AMD UK were fully integrated.

Hemraj added: "We congratulate Andrew on joining the Hall of Fame member and wish him well for the future. It has been our pleasure to invite Andrew and his team to attend DISTREE Events for many years now and we look forward to continuing to work closely with AMD in EMEA."

The 'EMEA Channel Academy: 2014 Awards' took place for the sixth year in a row in 2014 as part of the wider DISTREE EMEA conference programme. DISTREE EMEA 2014 took place in Monaco from February 11-14th, attracting senior buyers and executives from the region's leading e-tailers, retailers and distributors. More than 150 brands participated, using the event as a platform to manage, build or launch channels across EMEA.

DISTREE Events specialises in the planning, organisation, staging and management of ICT & CE channel events. DISTREE Events is a Paris−based company owned by Infopro Digital. The team at DISTREE Events has successfully organised such events for the past decade, gathering more than 10,000 senior executives from 80 countries during that time. DISTREE Events spans the entire EMEA region, Asia-Pacific and Latin America with employees based in Paris, Dubai, Moscow, London, Singapore and Latin America. For more information, visit www.distree.com or follow us on Twitter @DISTREE_Events