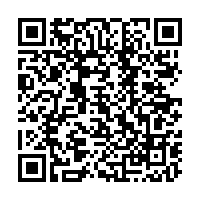 DEVIL AG, one of Germany's leading IT distributors, will offer up to 2,850,000 no-par value bearer shares to investors for subscription during its planned IPO. The price range at which the shares can be subscribed is scheduled to be published in an ad hoc disclosure on May 7, 2008. The subscription period for the offering of DEVIL AG shares is expected to begin on May 8, 2008, ending on May 14, 2008. According to current information, listing of the shares in Frankfurt Stock Exchange's regulated market (Prime Standard) is scheduled for May 20, 2008. The decoupled bookbuilding transaction is being supported by quirin bank AG.

The Braunschweig-based IT distributor plans to accelerate its growth by going public. The company will use the proceeds from the issue, for example, to expand its product range and customer base. In addition, expanding into other European countries promises additional opportunities. Moreover, the company is planning to make specific acquisitions to expand its value chain. DEVIL AG is already one of the leading IT distributors for the German specialist retail trade covering almost 50% of the market.

As part of DEVIL AG's IPO, the company is offering up to 2,500,000 shares from a capital increase. Furthermore, up to 350,000 additional shares from the holding of an existing shareholder are being offered as part of a possible overallotment option (greenshoe). If the offer is fully placed and the greenshoe fully exercised, the company's free float will total 38%.There is a twelve-month lock-up period for existing shareholders. "The IPO is a key milestone for our company. Our company's successful history and healthy financial structure give us solid foundations for our future growth. Going public will open up new opportunities for us to reinforce our market position in Europe", commented CEO Axel Grotjahn.

The newly implemented IT Logistics & Service division, with its modular services for foreign IT manufacturers, will provide DEVIL AG with further growth potential.

DEVIL AG has enjoyed steady growth over the past few years, recording revenues of around EUR 322 million in fiscal year 2006/2007 - up around 6% year-on-year (EUR 304 million). At the same time, DEVIL lifted its EBIT from EUR 0.7 million to EUR 2.0 million, recording a return on equity of more than 20%. The IT distributor generated around 90% of its revenues in Germany.

The securities offering prospectus approved by the Bundesanstalt für Finanzdienstleistungsaufsicht (German Financial Services Supervisory Authority) on May 2, 2008, can be downloaded from the company's Web site (www.devil.de).

"This press release is not being issued in the United States of America and should not be distributed to U.S. persons (as defined in Regulation S under the U.S. Securities Act of 1933, and thus including legal entities) or publications with a general circulation in the United States of America. Any breach of this limitation may substantiate a violation against United States securities laws. In addition, the securities of DEVIL AG have not been and will not be registered under the U.S. securities laws and may not be offered, sold or delivered within the United States or to U.S. persons absent from registration under or an applicable exemption from the registration requirements of the U.S. securities laws. This document does not constitute an offer or invitation to subscribe for or purchase any securities. The offering will exclusively take place via and on the basis of the published stock offering prospectus for DEVIL AG.