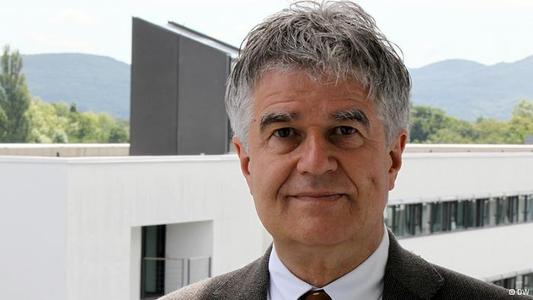 (PresseBox) ( Bonn, 13-06-27 )
Klaus Bergmann, Director of International Relations at Deutsche Welle (DW), was elected Chairman of the Executive Committee of the Association for International Broadcasting (AIB) for a two-year term.

After studying law at Münster University, Gemany, Bergmann first worked as a lawyer and later for Radio Free Europe in Munich. In 1991, he became head of the Human Resources Department at DW in Cologne and two years later took charge of administration at DW in Berlin. Bergmann was the head of DW's representative office in Brussels from 2009 to June 2012 before he became Director of International Relations at Deutsche Welle.

Established in 1993, the AIB is a not-for-profit organisation, with headquarters in the United Kingdom. Currently it has 50 members including major international broadcasters from Africa, Asia-Pacific, Europe and North America as well as companies like Intelsat, Babcock, GlobeCast, Arabsat and Eutelsat.