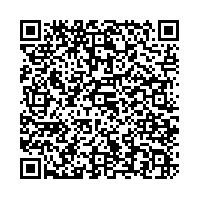 Global Media Forum 2014: How to make the most of the opportunities presented by digital communication 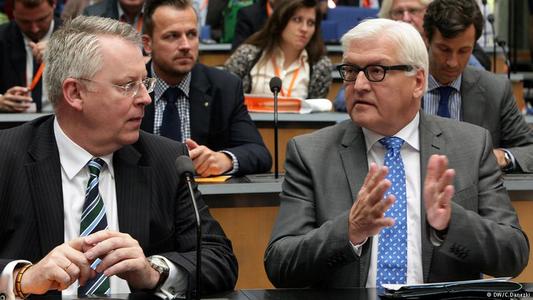 (PresseBox) ( Bonn, 14-07-03 )
Peter Limbourg concluded the 2014 Global Media Forum on a high note saying that, "we should make the most of the opportunities presented by digital communication in order to enact positive change all over the world."

The Director General of Deutsche Welle also said that the full potential of the Internet has not yet "even come close to being realized." This idea was exemplified in the approximately 40 panels and workshops featured at this year's conference, which was held at the World Conference Center in Bonn.

The American computer scientist, Vint Cerf, said in a video message that "only one or two percent" of the potential applications that could be supported by the Internet have been fully explored.

Emma Ruby-Sachs, who represented the online petition platform Avaaz.org, in a panel discussion said that the Internet could become the "new global superpower."

2,300 visitors from 120 countries met at the Global Media Forum to discuss issues surrounding the topic of this year's conference, "From Information to Participation- Challenges for the Media." Peter Limbourg said that the issues presented at the conference, "posed questions that touch the core of our social fabric and affect every single one of us - our values and our freedom."

Highlights at the conference included an entertaining and insightful appearance by Egyptian political satirist Bassem Youssef, and a heated debate between Axel Springer CEO Mathias Döpfner and Internet expert Jeff Jarvis. These were also widely carried on social media. For example, the recorded conversation between U.S. journalist Amy Goodman, and Wikileaks activist Sarah Harrison has already been posted on over 300 online platforms.

German Foreign Minister Frank-Walter Steinmeier called for international regulations to achieve a balance between freedom of information, privacy and data security while providing limits on "governmental curiosity." Steinmeier said that these types of regulations "are not far off, but the process must begin today."

Speaking at the conference, Gerd Müller, German Federal Minister of Economic Cooperation and Development, expressed his conviction that the digital age will lead to an even larger "global upheaval" than the industrial revolution in the 19th century.

In the conference's closing address, Auma Obama, founder of the "Sauti Kuu" foundation, focused on "education as a human right in the digital world." The Kenyan sociologist and journalist asserted that advancements in digitalization present a "huge chance" for people in Africa to engage in a dialogue as equals. Concerning the responsibility of the media, Obama said, "Don't give us a fish, don't teach us to fish, ask us if we eat fish."

Director General Limbourg concluded the Global Media Forum saying that - just as in private and public life - international relations have been increasingly influenced by digital media. The tense relationship between media and foreign policy in the digital age will be the topic of the next Global Media Forum to be held from June 22 - 24, 2015.

The Director General thanked all of the Global Media Forum partners who contributed to the success of the conference with their speeches, workshops and presentations.

"The Global Media Forum would not have been possible without the support of our co-host, the Foundation for International Dialogue of the Sparkasse savings bank in Bonn, the German Foreign Ministry, the German Federal Ministry for Economic Cooperation and Development and the City of Bonn. I would like to express my heartfelt thanks to these institutions."

Recommend Global Media Forum 2014: How to make the most of the opportunities presented by digital communication press release