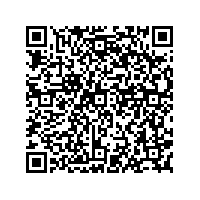 Subscribe to news
(PresseBox) ( Bonn, 13-05-13 )
DW Director General Erik Bettermann calls for the immediate release of Deutsche Welle's correspondent in Chad. Eric Topona was arrested on May 6 on specious accusations.

An investigating magistrate in N'Djamena had summoned Topona as a "witness in a defamation case." On site, the 29-year-old was then told the actual reason for his arrest. In fact, he himself was accused of "endangering the constitutional order." He supposedly published "subversive content" on the Internet, articles which, among other things, mentioned a "people's uprising." According to Chadian law, such accusations could lead to a life-long prison sentence for Topona.

Eric Topona, who currently also serves as secretary general of the Union of Chadian Journalists (UJT), denies the accusations, insisting that none of the articles involved were written by him. Topona, whose hearing, according to DW sources, isn't scheduled to take place until May 25th, claims that the investigators didn't even check the authenticity of the articles in question.

On Monday, May 13, DW Director General Erik Bettermann stated: "Deutsche Welle is extremely concerned about Eric Topona and condemns his arrest. I hereby call for the Chadian authorities to respect press freedom and the rule of law." It is unacceptable, he added, that the DW journalist is being held for days without a hearing. "We demand his immediate release," Bettermann said.

DW correspondent Topona has already been threatened by the Chadian authorities in the past. UJT President Mahamat Abba Moussa told DW that the media in Chad is concerned, and that the mood among journalists there is tense.