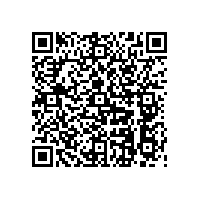 The partnership foresees exchange of news items and a new culture magazine from Germany in Polish. The two broadcasters will also share archive material and are planning to co-produce a documentary to mark the 25th anniversary of the fall of the Berlin Wall.

Speaking at the signing ceremony, DW Director General Peter Limbourg hailed the co-operation as the fruition of the European idea. "In the face of a threat to European values it is important that Germany and Poland work together to promote freedom and democracy," he said, stressing that "at the same time we also want to reach out to those who do not share our views." Coinciding with the signing of the bilateral agreement, DW and TVP have launched an exchange of TV programs with Ukrainian broadcaster TVi.

TVP President Juliusz Braun emphasized that the new agreement bolstered the longstanding partnership with DW and broadened its scope. "We would like to include more high-quality journalism from Germany in our programming," said Braun. As well as the magazine "Euronachbarn"/ "Eurosasiedzi," which the two broadcasters have been co-producing since 2010, they will now jointly develop a culture magazine.