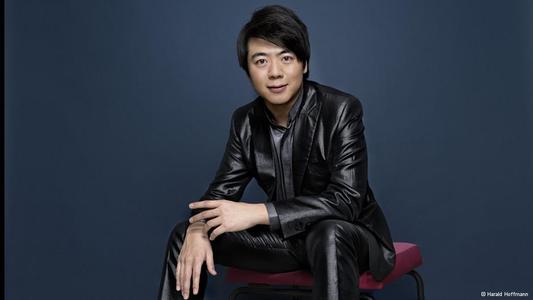 (PresseBox) ( Bonn, 13-10-17 )
Co-produced by Deutsche Welle (DW), "The Highest Level", which premiered on October 16 in Berlin, documents the making of the first joint album by Lang Lang, Sir Simon Rattle and the Berlin Philharmonic.

Earlier this year, the Berlin Philharmonic, conducted by Sir Simon Rattle, together with Chinese concert pianist Lang Lang, performed two of the most difficult compositions for piano and orchestra: Piano Concerto No. 2 by Bela Bartok and Piano Concerto No. 3 by Sergei Prokofiev. This musical achievement is documented in The Highest Level - a production by Deutsche Welle, Bernhard Fleischer Moving Images and Sony Classical in cooperation with Berlin Phil Media.

"The Highest Level is a special manifestation of Deutsche Welle's cultural agenda: it is informative, sophisticated but also entertaining," commented DW Director General Peter Limbourg. "The film also reflects the high standard that DW upholds on a daily basis. Together with some of the world's best classical musicians and excellent production partners, we have managed to maintain this standard in the film. We want to thank them for allowing us to present a high-level, German-made classical music production to our global audience."

"Working with the Berlin Philharmonic is something really special. Sir Simon Rattle, together with the orchestra, achieves an amazing depth of sound, especiallyin the piano passages," commented Lang Lang. "Both pieces are so full of life and rhythmic energy - I find them wholly contemporary."

"I don't know when I've ever heard a pianist who was able to be more sheerly, uncannily accurate in this Bartok piece and then still have the technical ability in reserve to make it dance and to make it phrase," said Sir Simon Rattle of Lang Lang, who in the film plays selected solo passages on the grand piano, showing his relationship with the Bartok and Prokofiev masterpieces in a personal and humorous way.

"The Highest Level provides the viewer with an exclusive glimpse into the recording sessions as well as the preparations and the attempts to achieve the best musical quality," said DW's Rolf Rische, the project manager. "At the same time, it lets the viewer get up close with the stars through the CD-recording scenes and extensive interviews."

The film is directed by DW's Christian Berger, who previously delivered the music documentaries Schumann at Pier2 (2012) and The Beethoven Project (2010) to a worldwide television audience. Berger has received numerous international prizes for his work.

The Highest Level will be broadcast in English, German, Spanish and Arabic on DW television from Saturday, November 30 to Monday, December 2 as part of the In Focus documentary series. It will also be available at DW Media Center (mediacenter.dw.de/english) via Livestream and in the video-on-demand format from December 1.