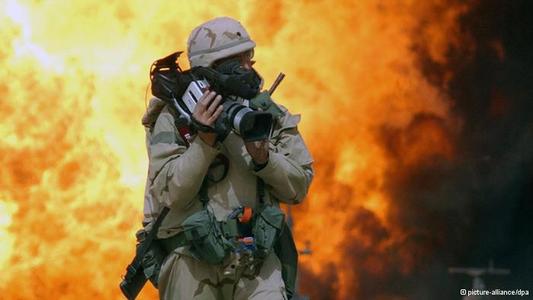 (PresseBox) ( Bonn, 13-11-15 )
A group of the world's leading international broadcasters declare that the dangers facing their journalists are such that it is difficult to provide accurate reporting from some parts of the world.

The statement issued on behalf of the representatives of Australian Broadcasting Corporation (ABC) [Australia], British Broadcasting Corporation (BBC) [United Kingdom], the Broadcasting Board of Governors (BBG) [US], Deutsche Welle (DW) [Germany], France Médias Monde (FMM) [France], Japan Broadcasting Corporation (NHK) [Japan] and Radio Netherlands Worldwide (RNW) [Netherlands], said: "Increasing violence and intimidation against journalists mean that the work of international broadcasters is being impeded. We are deeply concerned that in some parts of the world acts and threats of violence against journalists are growing in scale and intensity. Just this month, two journalists working for French broadcaster RFI, (part of FMM and signatories to this statement) have been killed in Mali. Elsewhere this year, six journalists have been killed in Egypt and eight in Syria. A further twelve have died in Somalia and Pakistan. In Mexico, two have died and in Yemen incidents of arrests, threats and violence have increased. A total around the world of over sixty journalists, bloggers and citizen journalists have been killed with around 340 imprisoned.

We are also concerned that UNSC Resolution 1736 of 2006 (which reminds states that attacks on journalists as civilians in conflict situations may constitute a war crime, and that all states are under an obligation to investigate and prosecute such cases) has not led to an overall improvement in the situation. We welcome the Security Council debate of July 17 this year and note the statement of UN Deputy Secretary-General Jan Eliasson urging the SC to stand up against suppression of media freedom. However, we urge the Security Council to be more proactive in making the world aware of this problem - especially with regard to the impunity of those who attack journalists and media workers. In too many cases, journalists are killed and governments do little, or nothing."