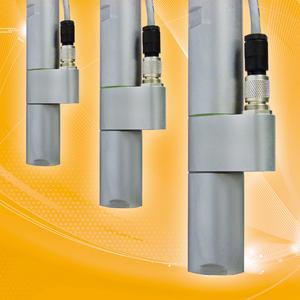 (PresseBox) ( Amberg, 11-05-27 )
A motor needs to be powerful while still being small and robust. During the selection of an air-motor for the automated technology, especially its small size and mass are convincing advantages. An air-motor offers notable significance in both areas. When compared with an equivalent electric motor, an air-motor has only one-third of the size and one-fifth of the mass. This advantage is a supreme argument for the use of an air-motor in handheld machines and also in stationary equipment. However until now, there was a deficiency - the speed regulation. DEPRAG SCHULZ GMBH u. CO. has now set a new standard with an innovative speed regulator offered for their air motors: With help of a thought-out sensor technology, the powerful air-motor will always hold the desired, preset speed.

Product manager Dagmar Dübbelde explained: "It is characteristic for an air-motor, that it can be operated in a wide field of changing loads. When operated without load, the motor runs at its rated no-load-speed. If the load increases, the speed of the motor decreases. So, an air-motor can be operated at approx. 15% up to 100% of its nominal speed, depending on its load requirement." For applications, where the torque varies, the speed varies as well.

This can cause problems. Lets examine an agitator or mixer, where a constant speed is a prerequisite for an accurate production. If the viscosity of the mixture or its volume changes in the container, an undesirable speed change occurs. The explicit request to keep a constant speed in the agitator, resulted into the development of a speed regulator by the renowned air-motor manufacturer DEPRAG,

The new DEPRAG speed regulator has a simple and reliable operation. The non-contacting speed sensor is integrated directly into the air-motor, between the actual vane-air-motor and the gearing. The sensor acquires the current speed with which the motor operates. The data of this IS-value is now transferred in form of a digital signal to the regulator. The regulator "acknowledges" the desired NOMINAL-value, which can easily be input over a LC-display on the controller. Now, the regulator compares the two values. If there is a variation between the IS and NOMINAL-speed, a special valve is actuated, which regulates the airflow for the motor and its speed. Result: The air-motor operates consistently within the required speed range.

Primarily, this speed regulator was developed for an agitator in the chemical industry, where liquid chemicals and solutions are mixed in a receptacle. The agitator is used with an impeller mixer or an impeller blade by compressed air. States Dagmar Dübbelde: "Many of our new ideas are the direct result of conversations we have with our customers. This particular application requires a constant speed to assure the needed quality of the product. Our engineers started to look for a simple solution to develop a reliable speed regulator."

The speed regulator is used with the stainless steel air-motor model 67-028R. The nominal speed of this 1,200-Watt strong motor is 1,250 rpm, the no-load speed is 2,500 rpm and the nominal torque is 9.2 Nm. The technical specifications are based on an operating pressure of 6-bar. The "controlled" air-motor operates the agitator for a mixture in the viscosity range of 1 - 300 mPas and retains its speed within the required tolerance range - independent from fluctuations of the viscosity or the mixture volume within the receptacle.

In the case of the agitator, it is not so important to adjust the speed as fast as possible when fluctuations occur, but rather to obtain a high speed-accuracy to assure a quality product. This requirement was fulfilled by the speed consistency. According to its preset value, the regulator now keeps a constant speed of plus/minus 5 rpm and self-adjusts the speed - within maximum 2 seconds - to the nominal value, if any load changes occur.

The new DEPRAG speed-regulator system proves its accuracy within the most varying speeds. Also a vane-motor with a very low speed can be reliably regulated. The speed is evaluated from a full rotation to a 1/32 of a rotation and regulated to correspond with the nominal value.

Even very high speeds up to 80,000 rpm can be corrected by the DEPRAG speed-regulator to keep a constant speed. Dagmar Dübbelde confirms: "The complete product range of our air-motors can be served by this speed regulator." The proportional regulator-valve of the air-motors has a high resolution and is therefore precise to control. The output signal for the control of the valve is 0-10V; the resolution of the regulator voltage is therefore 2,5mV.

The "controlled" air-motor for the agitator consists of three components. Drives or Motors for the chemical industry have to conform to high hygiene standards, as also required by the food industry. Using a motor that is un-reactive to cleaning solvents and that allows an oil-free operation in a cleanroom environment fulfills the hygiene and safety requirements. The motor is based on the stainless-steel products offered in DEPRAG's ADVANCED LINE. When equipped with the sensor and the special valve, the motor is an innovative system for the control of the speed. Additionally, the regulator electronics is another component, which allows the installation into a customer's control box. The operator friendly LC-Display is used for the simple and uncomplicated selection of the required speed value.

Product Manager Dagmar Dübbelde summarizes: "With the addition of speed regulators, we intend to optimize our product range and further expand our market position. Problems due to speed fluctuations during a process are now a thing of the past."

DEPRAG SCHULZ GmbH u. CO. is widely regarded as a market leader of air-motors. 600 employees work for the firm that is at home in the Bavarian town of Amberg and in over 50 countries worldwide. Aside from innovative air-motors, DEPRAG has made its mark as a full service provider of Automation- and Feeding equipment, as well as a specialist for high-quality screwdriving systems and power-tools.