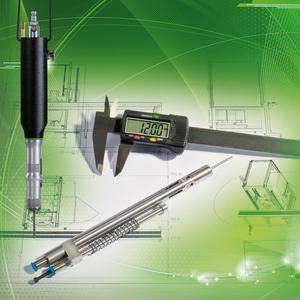 (PresseBox) ( Amberg, 12-01-26 )
Every 8th adult suffers from hearing problems. But only one third of them in Germany use a hearing aid. However, according to an extended study of impaired hearing, those who decide in favour of a hearing aid experience a indisputably better quality of life. As people are living ever longer the hearing aid market is expected to be a growth market. Due to aesthetics many sufferers have hesitated to use a hearing aid until now. The full digital hearing aids of today are of higher performance and much smaller in size than in the past. Hearing aid manufacturers have successfully endeavoured to miniaturize their products and to lower the inhibition threshold for users.

About 45 000 people in Germany, France and Great Britain have been questioned by the market research company "Züricher Marktforschungsinstitut Anovum" on behalf of EHIMA (European Hearing Instrument Manufacturers Association). The outcome was the most comprehensive study of hearing, loss of hearing and hearing devices in Europe. With this collection of data, presented under the name "EuroTrak" in 2010, there now exists in Europe a well-founded database for the detection of defective hearing. From a total of 14185 interviewees in Germany, 13.1 percent stated that they were suffering from defective hearing or deafness. Only 31.8 percent of these use a hearing aid. According to the statement of the "Handelsblatt" there are about 4000 retail outlets for hearing aids in Germany employing a total of approximately 10,000 people. In 2009 the hearing aid industry sold about 775,000 hearing aids with a turnover of approximately one billion Euro. The six largest hearing instrument manufacturers are represented by the EHIMA. These are Oticon, Phonak, ReSound, Siemens, Starkey and Widex.

The study implies that two thirds of all people with defective hearing do not use hearing aids. To help combat this trend, the industry has increased its efforts to design and produce the most compact and least visible hearing aids. As a result of digital technology smaller and almost imperceptible hearing aids have been successfully developed for both behind the ear and inside the ear canal. This miniaturization - which can be also found in many other technical areas - represents a special challenge for industrial production. Machine and equipment engineers are faced with the task of designing new tools for small-scale assembly and bringing them to the marketplace. DEPRAG SCHULZ GMBH u. CO. in Bavaria is known for the ongoing optimization of its products and ground-breaking innovations. The screwdriving specialist has developed an innovative control screwdriver for miniature-assemblies - the NANOMAT. This new screwdriving tool achieves extremely low torque values from 8 Nmm to 300 Nmm with rpm of up to 2000 1/min in four different torque ranges with a high degree of precision. With the introduction of the NANOMAT  DEPRAG claims the control screwdriver offering the lowest torque capability in the market place.

DEPRAG's sales manager Jürgen Hierold outlines some examples of how the new screwdriver can be used: "The NANOMAT can be used in medical technology for the reliable assembly of hearing instruments or heart pace makers. Screwdriving tools for miniature-assembly are also wide-spread in the watch-manufacturing or in precision mechanics for the construction of measuring instruments". Another field of application is the optical industry where smallest fasteners are applied in the assembly of glasses, lenses, cameras and microscopes, miniaturization also plays an important role in the assembly of electronic products and components such as mobile phones, pocket calculators, play stations and computers.

With the NANOMAT screwdriver, the company now enters the lowest torque range.. The pneumatic driven NANOMAT is already available as a handheld screwdriver or in spindle form for stationary applications.

DEPRAG's innovative NANOMAT pneumatic screwdriver achieves its highly accurate torque control through the proven principle of the DEPRAG mechanical separation and shut-off clutch. This enables torque repeatability lower than ±3% and this is sustained for millions of cycles. Under suitable environmental conditions DEPRAG pneumatic screwdrivers with shut-off clutch achieve a Cmk-value of ≥ 1.67 with ±10% tolerance in regard to 6 Sigma and in accordance with ISO 5396. A Cmk-value of 1.67 means a fault rate of just 0.6 per million screwdriving cycles! With minimal time and effort the torque setting can be adjusted on the pneumatic screwdriver without the requirement of a specific tool.

Further advantages have been added by the DEPRAG engineers to their NANOMAT. For example, the compact design. Jürgen Hierold: "For miniature-assemblies DEPRAG has designed the NANOMAT spindle (automation) screwdriver with a diameter of only 12 mm enabling the smallest centre-to-centre screwdriver spacing for stationary applications." Of course, the NANOMAT also incorporates the proven DEPRAG guide bolt system which regulates the optimal screw end-load pressure by means of engineered spring force.

The integrated quick-change chuck guarantees an easy and fast change of the screwdriver bit without having to use tools. The NANOMAT is able to accept standard bits, A3-drive type, in accordance with DIN 3126.

The new NANOMAT represents a new product family in a proven DEPRAG screwdriver program. The manufacturer expects that the NANOMAT will take its place among the well known MINIMAT and MICROMAT pneumatic and EC-screwdriver series reputed worldwide.

The entry of NANOMAT into the world of miniature-assemblies, however, is not yet to the satisfaction of the manufacturer. "As a provider of "complete solutions" our core requirements in the mini-assembly area are fulfilled: of course, all peripheral instruments such as automatic screw feeding, accurate torque measuring devices, robust and reliable guided tool support stands for manual assembly go along with the NANOMAT screwdriver ..." says Jürgen Hierold.

With the development and introduction of the NANOMAT screwdriver DEPRAG SCHULZ GMBH u. CO. once again justifies its ranking as a market leader in low torque screwdriving technology. The full service provider with 600 employees in more than 50 countries is committed not only to screwdriving technology but also to the concepts and equipment for modern manual workplaces, semi- and full automatic assembly systems as well as to the production of high-quality pneumatic air motors and air tools. The company is situated in Amberg in Bavaria.