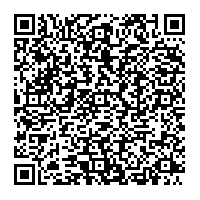 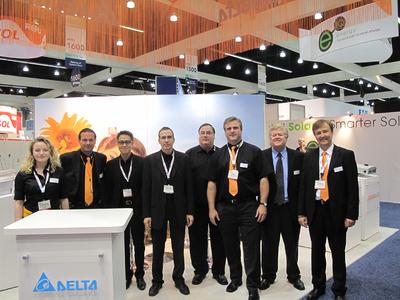 (PresseBox) ( Teningen, 10-10-27 )
Delta has been designing and developing its solar inverter products at its Teningen, Germany location since 1999 and now brings its highly efficient and reliable solar inverters to the North America market. Starting in 2011, the new central inverter line will be produced at Delta's existing Los Angeles location, with an initial production capacity of 1GW. The Los Angeles facility will also be the headquarters of Delta Energy's newly formed North American Operations Group, covering the Production, Sales, Service and Support organizations.

Delta will produce the North American SOLIVIA central inverters at its facility in Los Angeles. Jim Harre, Delta Energy's new Sales Director for North America, will be responsible for the set up and running of North American operations. Delta's long-time commitment to providing world-class service and support was the driver to the selection of the Los Angeles facility. "Being close to our customers is critical to Delta's success throughout the world and with the growing PV market in the Southwest United States, Los Angeles is the perfect location for our North American headquarters" said Harre. Delta will also be expanding its North American presence regionally to further its aim of being as close to the customer as possible, ensuring the highest level of service and support.

As well as showcasing the new SOLIVIA central inverter, four new inverter models were presented at Solar Power International. These models, the SOLIVIA 2.5, 3.3, 4.4 and the 5.0 offer a nominal output power ranging from 2.5 to 5.0 kW. The attractive product design, wide DC operating voltage range of 150-500 V with a maximum DC system voltage of 600 V along with a NEMA 4 rated enclosure offering the flexibility of indoor and outdoor installation are the many market-leading features offered by Delta.

Delta also introduced its new monitoring solution, ensuring the system performance of the PV system is operating at peak levels. The solution, including a gateway and database service, allows a single or multiple PV systems to be monitored via the web or the desktop. System problems are immediately detected and can be addressed, minimizing downtime. Detailed analysis of real time and past performance system data is available as well as downloadable user reports, user generated alerts, environmental savings and regional weather information.

The response to Delta's new products and presence in North America at SPI, North America's largest solar energy conference and expo exceeded Delta's expectations. Head of Marketing, Andreas Schmidt, stated that "The strong interest in our SOLIVIA inverters at Solar Power International demonstrates to us that North American customers are looking for innovative and quality-driven suppliers. Delta, with its growing presence in the European Solar market and strong financial strength, expects to be a major supplier of inverters in the North American PV market.

Delta Electronics Group is the world's largest provider of switching power supplies, as well as a major source for power management solutions, components, visual displays, industrial automation, networking products, and renewable energy solutions. More than 60,000 people work for Delta all over the world in sales, development and production. The total revenue for Delta Group is greater than USD 5 billion.

Delta’s subsidiary, Delta Energy Systems, has been investing in the development and marketing of solar inverter products since 1999 and successfully supports Delta’s mission: "To provide innovative, clean and efficient energy solutions for a better tomorrow."