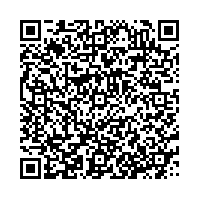 (PresseBox) ( Round Rock, Texas, 08-08-29 )
Dell reported fiscal second quarter revenue of $16.4 billion, up 11 percent year-over-year and driven by a 19 percent increase in worldwide product shipments. Earnings per share were $0.31 and cash flow from operations was $1.1 billion.

"We are positioning Dell to win in a new era of global IT spending," said Michael Dell, chairman and CEO. "We have our most competitive product portfolio ever - whether for digital nomads or hyper-scaled data centers. Our growth at a multiple of the industry across all major product categories for the second consecutive quarter affirms we are on track with our five key business priorities - notebooks, consumer, enterprise, SMB and emerging countries."

Operating income was $819 million, or 5 percent of revenue. Gross margins in the quarter were adversely affected by actions to drive growth in strategic areas like Global Consumer and EMEA, as well as an increase in deferred revenue from the sale of successful service offerings in EMEA, which will be recognized in subsequent periods.

Dell's productivity improvements gained momentum in the quarter with operating expenses at 12.2 percent of revenue, a decrease of 1.6 percentage points and the lowest level for Dell in six quarters. Dell's tax rate in the quarter was 26.4 percent.

In the quarter, the company absorbed $27 million of expense for the amortization of purchased intangibles and $25 million in business realignment costs. Each expense was worth about $0.01 in earnings per share. The company remains committed to achieving annualized cost reductions of at least $3 billion by the end of fiscal year 2011.

"We are making progress in improving productivity and reducing costs," said Brian Gladden, Dell CFO. "Strategic actions to accelerate growth in certain areas of our business affected gross margins this quarter and there will be some non-linearity in the improvements in our operating income margins as we rebalance our portfolio, make cost improvements and drive growth."

Dell ended the quarter with $9.5 billion in cash and investments and weighted average shares were 2 billion, a 12 percent reduction. The company spent $1.4 billion to repurchase 60 million shares of stock.

Continued actions have reduced headcount by more than 8,500 in the past year, excluding increases from acquisitions. In the third quarter, the company will attain the goal of 8,900 it set for reductions a little more than a year ago. On an ongoing basis, Dell will invest in strategic growth areas, while focusing on scaling costs and improving productivity.

-Asia-Pacific and Japan Commercial: Revenue in the quarter grew by 16 percent to more than $2 billion and shipments were up 16 percent. Profitability increased 10 percent. Product mix was balanced, with growth in total shipments more than triple the industry. Dell increased share by 1.7 points. Mobility led shipment gains, increasing 27 percent and servers were up 21 percent. Revenue for storage increased 31 percent.

-Europe, Middle East and Africa Commercial: Revenue increased 11 percent to $3.5 billion and shipments were up 20 percent. Strategic growth initiatives and an increase in deferred services revenue caused a decline in operating income. Server units were up 18 percent, the fastest growth among the top five vendors, and almost 1.6 times the rate of the industry. Shipments of notebooks increased 52 percent, also ahead of the industry rate. Storage revenue increased 17 percent.

-Global Consumer: Worldwide shipments increased 53 percent and share was up 1.6 points to 9.1 percent. Dell shipped more than twice as many consumer laptops this quarter as it did a year ago, driving revenue up 28 percent to $2.8 billion. Profitability was roughly break-even as the business expanded its retail presence and absorbed a litigation expense of $18 million.

-Enterprise: Dell increased its share in servers worldwide by 3 points. Server revenues were up 5 percent on a 19 percent increase in units, more than 2.5 times the industry growth rate. Growth in the quarter benefited from the success of Dell's cloud computing initiatives featuring energy-efficient Dell custom solutions. Storage revenue improved 11 percent, led by Dell's Power Vault disk products and EqualLogic iSCSI networked storage solutions. Enhanced services revenue was up 14 percent to $1.5 billion driven by an 18 percent increase in the new ProSupport services. Dell's deferred services balance increased 22 percent, or $1 billion, for a total deferred services revenue balance of $5.7 billion. Dell released its broadest lineup of dedicated virtualization solutions ever in the quarter, including more than a dozen new servers, tools and services, as part of its mission to help companies of all sizes simplify their IT environments.

-Notebooks: Notebook units grew 44 percent with revenue growth of 26 percent. Dell recently announced a completely new line of Latitude and Dell Precision laptops, ranging from the lightest ultra-portable in the company's history, to the most powerful mobile workstation. The new Latitude systems provide breakthrough battery life, brilliant new design and style, changes inspired by close collaboration with end users. Coinciding with the introduction of Dell's new laptops, the company launched a new community site called Digital Nomads for individuals who desire to always be connected for work and play no matter their location.

-Emerging Countries: In BRIC (Brazil, Russia, India, China), Dell outperformed all major competitors across all product categories with revenue growth of 41 percent on a 46 percent increase in units, or at more than three times the industry growth rate, as the company gained 2.4 points of share. BRIC now accounts for more than 9 percent of Dell's revenue. Approximately 47 percent of Dell's overall revenue came from outside the U.S. in the quarter. Dell this week introduced new Vostro A laptops and desktops designed specifically for cost-sensitive growing businesses in emerging economies.

-Small Medium Business: Dell increased its worldwide share with shipment growth of 8 percent and a revenue increase of 5 percent. In the quarter, the company responded to customer need for highly capable and affordable storage to support data-intensive applications with the Dell PowerVault MD1120, its first storage expansion enclosure designed with small form-factor 2.5-inch disk drives.

Dell intends to continue executing against its five growth priorities and actions to improve competitiveness, with the goal of optimizing growth, earnings and cash flow. Dell will continue to incur costs as it realigns its business to improve competitiveness, reduce headcount and invest in infrastructure and acquisitions. The company sees continued conservatism in IT spending in the U.S., which has extended into Western Europe and several countries in Asia. Demand also is impacted by currency fluctuations. Dell will continue to benefit from improving performance in areas such as emerging countries, notebooks, and enterprise and services, which collectively are driving a more diversified portfolio of geographies and products. The company continues to work aggressively on cost initiatives that will benefit its P&L over time with improved growth, profitability and cash flow.