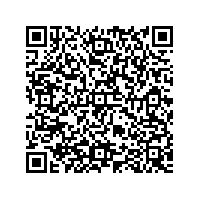 Dell today announced fiscal 2014 first quarter results, with revenue of $14.1 billion, as the company grew revenue from Enterprise Solutions, Services and Software 12 percent year over year to $5.5 billion, or 8 percent growth, excluding the acquisition of Quest Software. Pricing adjustments that affected gross margins and continued acquisition-related costs in the quarter resulted in GAAP earnings of $0.07 per share and non-GAAP earnings of $0.21 per share.

"We made progress in building our enterprise solutions capabilities in the first quarter and are confident in our strategy to be the leading provider of end-to-end scalable solutions," said Brian Gladden, Dell chief financial officer. "In addition, we have taken actions to improve our competitive position in key areas of the business, especially in end-user computing, and it has affected profitability. We'll also continue to make important investments to support our strategy and drive long-term profitability."

As previously announced, Dell has realigned its global operating segments to its end-to-end solutions portfolio in the Enterprise Solutions Group, Dell Services, Dell Software Group, and End User Computing Group.
- Enterprise Solutions Group revenue was $3.1 billion, a 10 percent increase. O perating income for the quarter was $136 million, a 71 percent increase. Dell server and networking revenue increased 16 percent as the company gained share in the calendar first quarter. Dell networking continued to deliver strong growth, with a 24 percent revenue increase, including a 46 percent growth in the company's Force10 business. Dell storage revenue declined 10 percent.
- Dell Services revenue grew 2 percent to $2.1 billion driven by an 11 percent increase in revenue for infrastructure, cloud and security services. Support and deployment revenue increased 2 percent and applications and business process services declined 15 percent. Operating income was $370 million, a 10 percent increase.
- Dell Software revenue was $295 million, resulting in an operating loss. Dell enhanced its software capabilities during the quarter, investing in additional sales capability and research and development. Consistent with the company's business strategy when it acquired Quest Software, this business is on track to be accretive to earnings in the first quarter of fiscal year 2015.
- End User Computing revenue was $8.9 billion in the quarter, a 9 percent decrease. Operating income for the quarter was $224 million, a 65 percent decrease. Dell desktop and thin-client revenue declined 2 percent, mobility revenue declined 16 percent, and software from third parties and peripherals revenue declined 6 percent.

Given the company's announcement on Feb. 5 of a definitive merger agreement to take Dell private, the company is not providing an outlook for the fiscal 2014 second quarter.

Statements in this press release that relate to future results and events are forward-looking statements and are based on Dell's current expectations. In some cases, you can identify these statements by such forward-looking words as "anticipate," "believe," "could," "estimate," "expect," "intend," "confidence," "may," "plan," "potential," "should," "will" and "would," or similar expressions. Actual results and events in future periods may differ materially from those expressed or implied by these forward-looking statements because of a number of risks, uncertainties and other factors, including: effects of our proposed merger; intense competition; Dell's reliance on third-party suppliers for product components, including reliance on several single-sourced or limited-sourced suppliers; Dell's ability to achieve favorable pricing from its vendors; weak global economic conditions and instability in financial markets; Dell's ability to manage effectively the change involved in implementing strategic initiatives; successful implementation of Dell's acquisition strategy; Dell's cost-efficiency measures; Dell's ability to effectively manage periodic product and services transitions; Dell's ability to deliver consistent quality products and services; Dell's ability to generate substantial non-U.S. net revenue; Dell's product, customer, and geographic sales mix, and seasonal sales trends; the performance of Dell's sales channel partners; access to the capital markets by Dell or its customers; weak economic conditions and additional regulation affecting our financial services activities; counterparty default; customer terminations of or pricing changes in services contracts, or Dell's failure to perform as it anticipates at the time it enters into services contracts; loss of government contracts; Dell's ability to obtain licenses to intellectual property developed by others on commercially reasonable and competitive terms; infrastructure disruptions; cyber-attacks or other data security breaches; Dell's ability to hedge effectively its exposure to fluctuations in foreign currency exchange rates and interest rates; expiration of tax holidays or favorable tax rate structures, or unfavorable outcomes in tax audits and other compliance matters; impairment of portfolio investments; unfavorable results of legal proceedings; Dell's ability to attract, retain, and motivate key personnel; Dell's ability to maintain strong internal controls; changing environmental and safety laws; the effect of armed hostilities, terrorism, natural disasters, and public health issues; and other risks and uncertainties discussed in Dell's filings with the Securities and Exchange Commission, including its Annual Report on Form 10-K for its fiscal year ended February 1, 2013. Factors or risks that could cause our actual results to differ materially from the results we anticipate also include: (1) the occurrence of any event, change or other circumstances that could give rise to the termination of the merger agreement; (2) the inability to complete the proposed merger due to the failure to obtain stockholder approval for the proposed merger or the failure to satisfy other conditions to completion of the proposed merger, including that a governmental entity may prohibit, delay or refuse to grant approval for the consummation of the transaction; (3) the failure to obtain the necessary financing arrangements set forth in the debt and equity commitment letters delivered pursuant to the merger agreement; (4) risks related to disruption of management's attention from the Company's ongoing business operations due to the transaction; and (5) the effect of the announcement of the proposed merger on the Company's relationships with its customers, operating results and business generally. Dell assumes no obligation to update its forward-looking statements.

Additional Information and Where to Find It

Investors will be able to obtain a free copy of documents filed with the SEC at the SEC's website at http://www.sec.gov. In addition, investors may obtain a free copy of the Company's filings with the SEC from the Company's website at http://content.dell.com/... or by directing a request to: Dell Inc. One Dell Way, Round Rock, Texas 78682, Attn: Investor Relations, (512) 728-7800, investor_relations@dell.com.

The Company and its directors, executive officers and certain other members of management and employees of the Company may be deemed "participants" in the solicitation of proxies from stockholders of the Company in favor of the proposed merger. Information regarding the persons who may, under the rules of the SEC, be considered participants in the solicitation of the stockholders of the Company in connection with the proposed merger and their direct or indirect interests, by security holdings or otherwise, which may be different from those of the Company's stockholders generally, will be set forth in the proxy statement and the other relevant documents to be filed with the SEC. You can find information about the Company's executive officers and directors in its Annual Report on Form 10-K for the fiscal year ended February 1, 2013 and in its definitive proxy statement filed with the SEC on Schedule 14A on May 24, 2012.

Consolidated statements of income, financial position and cash flows and other financial data follow.
Dell is a trademark of Dell Inc. Dell disclaims any proprietary interest in the marks and names of others.