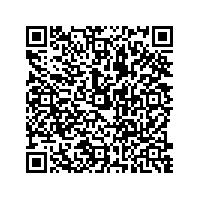 Dell reported improved sequential financial results for its fiscal second-quarter 2010. Product shipments, revenue, operating income, gross margin and earnings were all higher than in the first quarter, and the company continued to reduce operating expenses.

- Shipments were up 10 percent, revenue 3 percent from the first quarter amid stabilizing spending on information technology. Combined revenue from servers and storage was up 7 percent sequentially. Revenue of $12.8 billion was 22 percent lower than the year-ago quarter.
- Earnings were 24 cents, including pretax expenses of $87 million, or four cents per share, for organizational effectiveness actions.
- Cash flow from operations was $1.1 billion, as Dell ended the quarter with $12.7 billion in cash and investments.
- Gross margin was 18.7 percent of revenue as strong improvement in cost of goods sold, disciplined pricing, a sequential increase in sales from enterprise products, and a $69 million buyout of a revenue-sharing agreement by a vendor offset previously highlighted pressure from component costs, competitive pricing and revenue mix in client systems.
- Operating expenses were 13.5 percent of revenue and $288 million, 14 percent lower than in last year's second quarter.
- Operating income was $671 million.

- Since launching its $4 billion cost initiatives last fiscal year, about 70 percent of Dell's total product volume has been redesigned and optimized to reduce costs.
- Dell further strengthened its enterprise position in the quarter. Revenue from EqualLogic storage systems was up 42 percent year-over-year. Server product shipments were up 12 percent and revenue was up 9 percent sequentially.
- Dell continues to build its emerging country presence as combined revenue from the BRIC countries - Brazil, Russia, India and China - grew 16 percent sequentially. Sales in BRIC now comprise 10 percent of total company revenue.

Michael Dell, chairman and chief executive officer: "We have been reducing complexity in our organization and significantly lowering operating costs, in anticipation of improvement in the global economy and IT spending. If current demand trends continue, we expect revenue for the second half of the year to be stronger than the first half. We are expanding our capabilities in enterprise technology and services and investing in our core business to distinguish Dell both with customers and in operating performance."

Brian Gladden, Dell's chief financial officer: "This quarter again demonstrates the discipline with which we are managing our business and further strengthening our balance sheet. The best path for Dell remains one focused on profitable growth, lower costs and smart use of working capital."

- In the third quarter, the company expects seasonal demand improvements from the Consumer and U.S. federal government businesses, but the quarter is also generally a period of slower demand from large commercial customers in the U.S. and Europe. Dell believes a refresh cycle in commercial accounts is more likely to occur in 2010, with IT spending improving first in the U.S. The company continues to see pressure in the form of component costs and areas of aggressive pricing in the near term, and continues to take actions to offset these items. The company will continue to focus on implementing cost improvements and strategic investments to improve operations for the long term.

Dell Inc. (NASDAQ: DELL) listens to customers and delivers innovative technology and services they need and value. For more information, visit www.dell.com. To hear a replay of the second-quarter analysts' call with Michael Dell, chairman and CEO, and Brian Gladden, CFO, go to www.dell.com/investor, or to communicate directly with Dell, go to www.dell.com/dellshares.