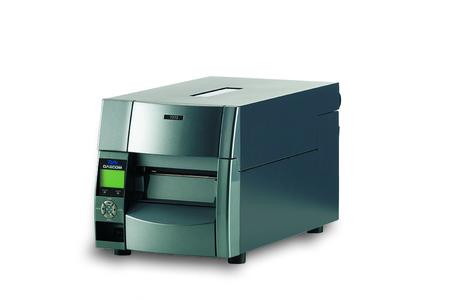 (PresseBox) ( Ulm, 11-06-21 )
The client
PCs have a strong competitor that is becoming increasingly popular: thin clients, which are both cheap to buy and to operate. One of the fastest growing manufacturers in this sector is IGEL Technology. The thin client hardware and software provider is the market leader in Germany and number 3 in Europe, and thus one of the top five largest manufacturers in the world. The company, with its head office in Bremen and a production site in Augsburg, was founded in 1989. With its technology and customer service, IGEL Technology provides support to over ten thousand companies and public authorities worldwide. IGEL Technology also operates its own European, American and Asian sales and logistics centres for distribution and installation.

The use of thin clients is on the increase in almost every sector. A company like IGEL Technology in particular owes its rapid success to its consistent focus on the excellent customer benefits of its devices. The thin client sector is a fast growing market, and this means that when increasing its capacities, IGEL Technology also needs to meet the increasing challenges of distribution and logistics. And this is where the printing of labels becomes a cost factor not to be underestimated – which is why it’s always good to have the right printer.

The fact that DASCOM’s thermal printer makes the printing of labels more economical and therefore more cost effective for IGEL Technology is not the only advantage this printer brings to the company – another advantage is that it can also be easily integrated in the company’s existing SAP system. IGEL Technology is particularly pleased about this because its previous printer could not be seamlessly integrated in its processes, which meant more work and higher costs. Since the Thermal Printer 7010 has been in use at IGEL Technology, the company’s print processes have been controlled automatically via the SAP system. It is, however, still also possible to operate the printer directly via the terminal.

Thermal Printer 7010 results in a significant increase in productivity

At IGEL Technology GmbH, the overall advantage of using the new thermal printer from DASCOM is clear and simple: productivity is up by more than 30%. The reasons for this increase in productivity are the space savings, cost reductions, improved user friendliness and SAP integration. The Thermal Printer 7010 is still the outright ideal choice in the sector because it processes large print jobs quickly, flexibly and reliably.

Established in Hong Kong, DASCOM Group was founded in 1988.
Today, DASCOM is a private conglomerate operating an array of business focuses;

Located in Ulm (Germany), DASCOM Europe GmbH is the European headquarter and was founded May 2009. We market the full range of serial, passbook, mobile and thermal printers under the ‘Tally’ or ‘Tally Dascom’ brand names. The TallyGenicom line matrix and laser printer models will continue to be distributed by DASCOM.

Whether you print bar codes, labels, bills of lading, invoices or other critical documents, we offer the advanced technology and custom solutions that keep your business running. Our products are used in most major industries including banking, logistics, retail, healthcare, automotive, manufacturing, telecommunications, government, public safety, aviation, transportation and warehousing/distribution.